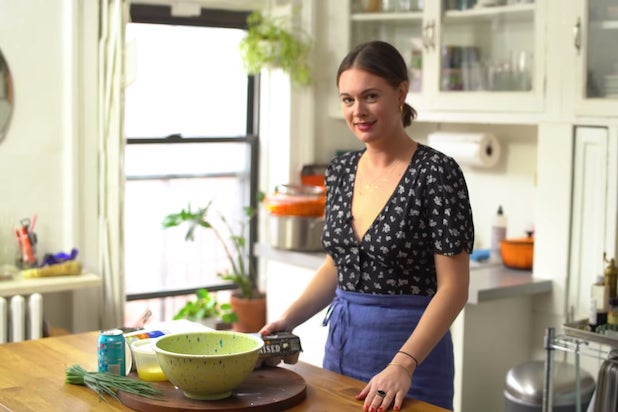 Roman’s biweekly NY Times Cooking column was put on temporary leave after the cookbook author’s comments in an interview about Chrissy Teigen and Marie Kondo drew widespread backlash. Roman, who also appears in popular videos on the NYT Cooking’s YouTube channel, apologized in a lengthy statement for her “stupid, crass, and insensitive” comments about Teigen and Kondo, and Teigen also said she didn’t “agree with what the NYT has done” and wanted her “back” on the column.

Earlier on Tuesday, Roman made statements on Instagram that some observers interpreted as an announcement she was no longer with the paper. “This was a huge shake-up for me both personally and professionally, and I’m still processing so much, but know that I’m working on it and thinking about it 24/7,” Roman wrote. “The issues brought to light by this whole thing won’t be fixed overnight, and the healing process for many will be long, but I’m committed to doing the work to make it better. As for the other kind of work, for the foreseeable future, you can find me in that newsletter I started 3 years ago and never sent out lol. There will be recipes, reader emails, recommendations, and discussions about things that I hope you will like or find helpful.”