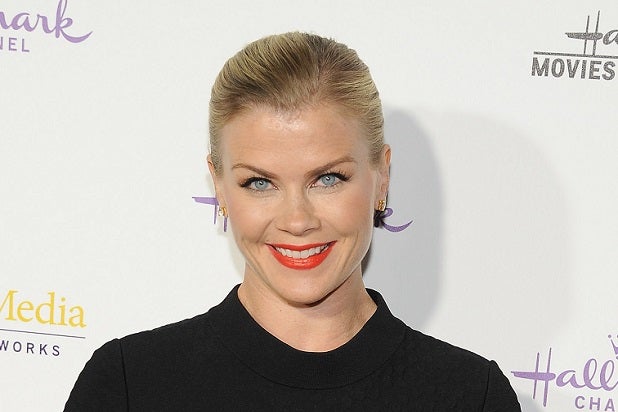 “Days of Our Lives” star Alison Sweeney has obtained a restraining order against a man she says has “harassed and threatened” her.

In paperwork filed Wednesday and obtained by TheWrap, Sweeney said that 49-year-old Oklahoma man Jon Christopher LuVisi harassed and threatened her “via online social media platforms visible to hundreds of thousands of people,” causing her to suffer “significant emotional distress, lack of sleep, and fear for the safety of herself and her family, including her children, resulting from Defendant’s repeated harassment and threats.”

According to the paperwork, LuVisi contacted Sweeney via social media and her personal email account, and his messages became “increasingly odd and troubling, culminating in a deluge of bizarre messages” in September and October 2016.

Also Read: Alison Sweeney Will Return to 'Days of Our Lives'

The request for the restraining order also said that he began demanding $2,700 from Sweeney and cooked up an “imagined affair” with her that he threatened to tell her husband about.

“You don’t learn. Do you. Just remember I warned you,” LuVisi allegedly wrote at one point. “People should know that Alison Sweeney and I had an affair which I can prove. Yes that’s right she cheated on her husband with me.”

According to the court papers, LuVisi also told Sweeney, “Bitch you better answer me” and “You can’t hide from me you sorry ass bitch.”

Also Read: Alison Sweeney Has 30 Seconds to Answer Questions About Her 'Days of Our Lives' Character, Or Else (Video)

Sweeney said that, at one point, LuVisi posted her private home address online, along with more threats.

According to the documents, Sweeney contacted the California Highway Patrol, who conducted a joint investigation with law enforcement in Oklahoma. LuVisi’s wife told authorities that he had “been a fan of [Sweeney’s] for several years” and had “become infatuated with” her, and that she had nearly divorced him over the obsession.

LuVisi has been barred from harassing, intimidating, molesting, attacking, stalking, threatening and assaulting Sweeney. He is also barred from contacting her in any way, including through electronic means, and has been ordered to stay at least 1,000 yards away from her.