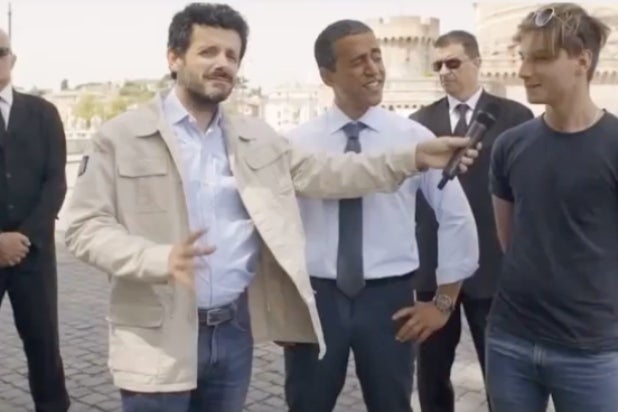 The Italian-language video, which has since been removed, was one of a series of advertisements promoting the carrier’s recently-added non-stop flight from Rome to Washington, D.C. Actors playing President Trump, George Washington and Abraham Lincoln were also featured, with the hashtag #WhereIsWashington.

After a barrage of complaints from Twitter users, the airline took down the video and issued an apology.

“Alitalia deeply apologizes for the offense caused by the promotional video on our Washington route. It has since been removed. For our Company, respect for everyone is mandatory, it was never our intention to hurt anyone and we will learn from what has happened,” the airline tweeted on Wednesday.

“This @Alitalia video showcasing a silent blackfaced “Obama” is reprehensive on so many levels: racism, extreme provincialism, wilful ignorance of facts, lack of historic knowledge,” one Twitter user tweeted.

“When your social media/ marketing team has no idea about the state of the world today. And the award goes to…@Alitalia,” another user tweeted.

Alitalia is the latest in a series of companies to come under fire for racial controversies. Gucci, Prada, and Katy Perry’s fashion brand have all had to remove and apologize for products that were accused of using blackface in the past year.