“All Creatures Great and Small” has been renewed for a third and fourth season, Masterpiece PBS announced Saturday.

Season 2 of the series that follows the heartwarming adventures of Scottish veterinarian James Herriot (Nicolas Ralph) premieres Sunday, Jan. 9. Set in 1938, the year before World War II began, the series’ sophomore year runs six episodes with an additional Christmas episode. The entirety of that season aired on the U.K.’s Channel 5 in late 2021.

Seasons 3 and 4 will each have seven episodes, with location shooting beginning in Yorkshire in Spring 2022.

Ten million viewers tuned in to the first season of “All Creatures Great and Small,” making it one of PBS’s biggest hits of 2021. 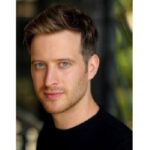 The series is based on best-selling author James Herriot’s stories of vet life in the Yorkshire Dales, which previously inspired the 1978 series starring Christopher Timothy, Robert Hardy and Peter Davison and ran for seven seasons.

The critically acclaimed series is from BAFTA- and Golden Globe-winning production company Playground.

“All Creatures Great and Small,” Season 2 premieres Sunday, Jan. 9 at 9/8c on MASTERPIECE on PBS.