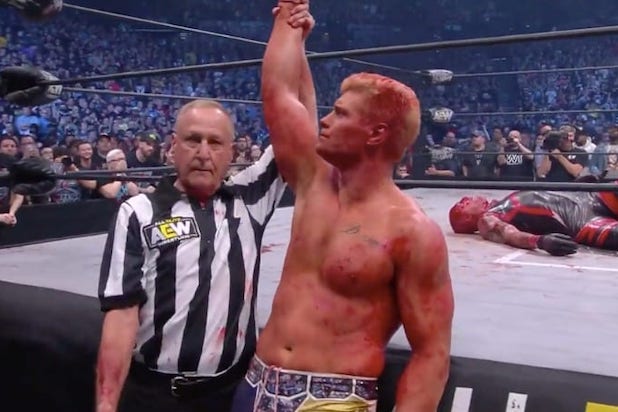 New week, same result — at least in terms of whose hand was raised at the end. TNT’s “All Elite Wrestling: Dynamite” pinned USA Network’s “NXT” clean in the middle of the ring last night, winning its second Wednesday in a row.

NXT began as a revamped feeder system — a minor league wrestling promotion — for WWE. It has since become much more than that and currently stands as a legitimate wrestling brand of its own.

The weekly “NXT” series used to air Wednesdays on streaming service WWE Network. WWE, still the No. 1 pro-wrestling league in the world, moved the show over to USA after long-running drama “Suits” left the schedule.