“All Elite Wrestling: Dynamite” debuts Wednesday, Oct. 2 at 8/7c on TNT. It will run for two hours.

The title is really no surprise, as AEW recently trademarked the “All Elite Wrestling: Dynamite” title. When we asked TNT two days ago if that would be the title of the series, a spokeswoman responded: “AEW has a few trademarks.”

TNT and AEW also released the show’s first poster. See that below. 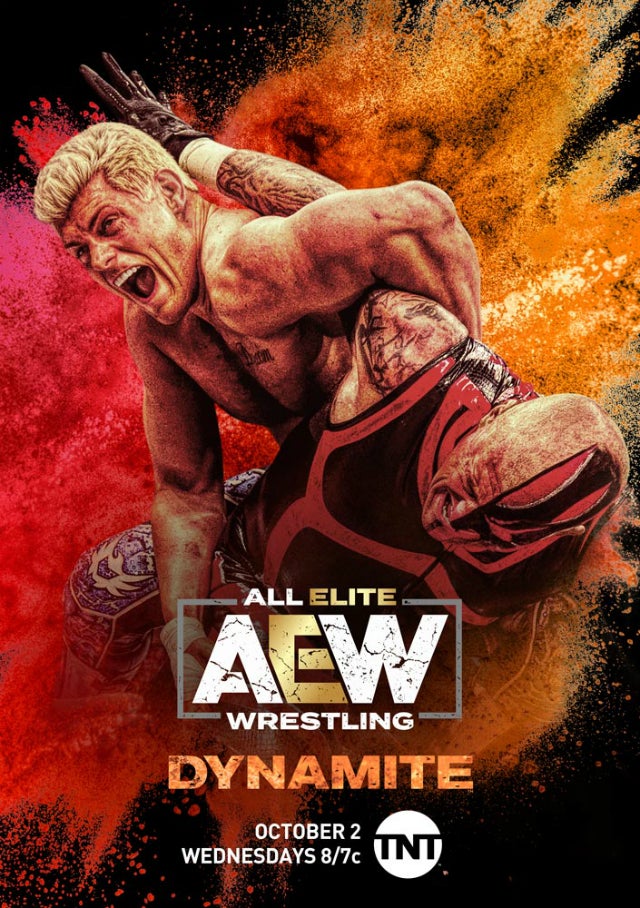 Watch a new teaser via the video above.

The show will feature matches taking place in different cities across the nation each week, beginning with Washington, D.C.’s Capital One Arena. Future matches are set for Boston, Philadelphia, Nashville, Chicago, among others.