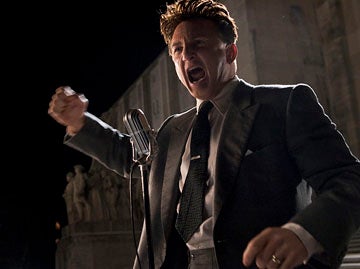 All the star power in the world can’t turn duds into diamonds. Just ask Sean Penn. The actor headlined an adaptation of the Pulitzer Prize winning novel "All the King’s Men" that despite the presence of other Oscar winners like Anthony Hopkins and Kate Winslett never caught on with critics or audiences. In fact, with its $9 million take on a $55 million budget Penn’s film tops Forbes’ list of Hollywood’s biggest flops over the past five years.

Other turkeys include Will Ferrell’s "Land of the Lost," Hugh Jackman’s "The Fountain," and Nicole Kidman’s "The Invasion." Pity poor Eddie Murphy. The actor pops up the list twice with the bombs "Imagine That" and "Meet Dave."