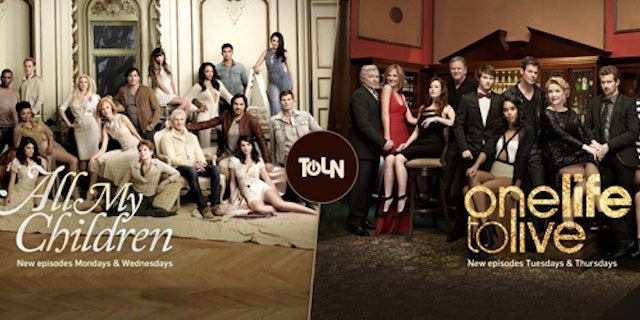 Binge-viewing has arrived for online soaps.

The Online Network (TOLN) announced on Tuesday that it will post a week's worth of episodes of "All My Children" and "One Life to Live" on Mondays via Hulu, Hulu Plus and iTunes starting Monday, July 1.

"Now viewers will be able to choose to watch one episode each day or binge view some or all of that week’s shows at once starting each Monday," the statement read.

Also read: Prospect Park Settles Dispute with I.A.T.S.E Over 'All My Children,' 'One Life To Live'

"Together with the MORE shows, viewers can play or save up to six TOLN programs per week – all available on Mondays – providing even more flexibility to watch anytime, and anywhere."

Previously, TOLN staggered episodes with "All My Children" on Mondays and Wednesdays; "One Life to Live" on Tuesdays and Thursdays with both on Fridays.

Earlier this month, show producer Prospect Park and the I.A.T.S.E. local unions announced that they have resolved their issues over the production of "All My Children" and "One Life To Live" over the Union's belief that the two shows had gone over budget and violated a labor agreement in the process.

Production on the soap operas resumes on Aug. 12.