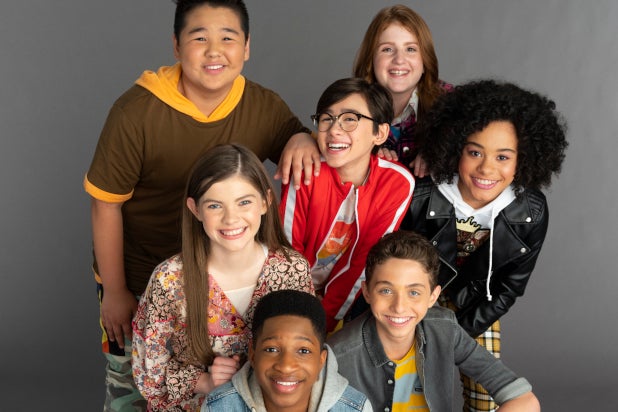 Nickelodeon unveiled its all-new cast of seven tweens and teens for its upcoming revival of sketch comedy series “All That.”

Here are the seven new castmembers, with descriptions courtesy of Nickelodeon:

The June 15 premiere will open with the three imparting their advice to the new cast, which will be named at a later date. The network also teased that the three will revive some of their classic characters, including Mitchell’s “Good Burger” server Ed; a new “Vital Information” with Denberg, who will also bring back her Loud Librarian.

The Jonas Brothers will close the show with a performance of “Sucker.”

The revival comes under the watchful eye of Brian Robbins, who was named president of Nickelodeon last October and was a co-creator and an executive producer on the original run of “All That.” Jermaine Fowler serves as a consulting producer. Production of “All That” for Nickelodeon is overseen by Shauna Phelan, senior vice president, live-action scripted content.

“All That” debuted in 1994, and launched the career of Thompson, as well as Amanda Bynes and Nick Cannon. Other cast members from the OG iteration include Mitchell, Jamie Lynn Spears, Denberg and Server. It aired 171 episodes across 10 seasons from 1994 to 2005.