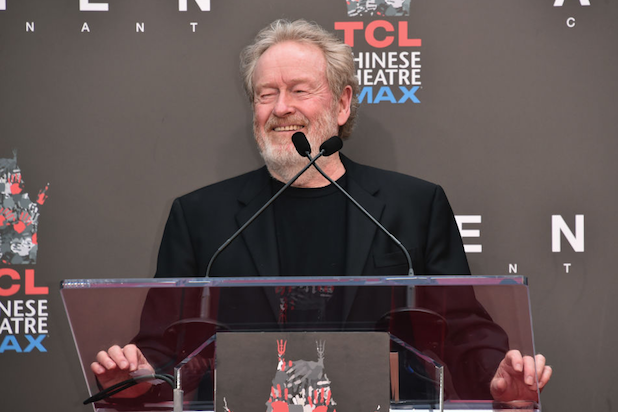 That’s because the acclaimed director — who recently made headlines for reshooting Kevin Spacey’s scenes for his latest film, “All the Money in the World” —  gave the GOP’s new tax plan a thumbs up in an interview with the Denver Post.

Denver Post: There’s a lot commentary in this film about the value of human life, class struggles and the role of wealth in society. Do you think there’s anything to be learned from it at this moment in America?

Scott: Well, let’s take the tax bill. People say [Republicans] are doing it for the wealthy class. What they forget is if you get a clever, unselfish business person — I don’t care if it’s a corner store or a big business — who’s suddenly saving 15 percent, they’ll put it back in this business. Then you’re going to get growth and therefore [people] will get employed. My concern is with the elderly, the infirm and the youth who need to have chances and shots for every level, and equality in education. But you have to use it. You have to get your [expletive]  head down and use it.

When asked if he received some help earlier in his career, the 80-year-old Scott said he was a “natural-born hunter” that had “started from scratch.” Sounds like a very Horatio Alger rags-to-riches life.

Scott added: “I arrived in Hollywood with a wristwatch and stayed at the YMCA. You have to learn the curve. But don’t (expletive) moan about it. It’s about doing. There’s always a way in. I used to lay concrete on runways for an Irish company when I was a student. I packed drywall. My parents didn’t have the money to help me out. But they were very supportive of anything I wanted to do.”

James Woods — who made his support for the tax plan known on Twitter — suddenly has competition for being President Trump’s favorite Hollywood celeb.

You can read the full interview here.