Police are looking for 41-year-old former WDBJ reporter Vester Flanagan in connection with the shooting death of two station employees on Wednesday.

Flanagan went on a Twitter rant airing out his grievances with victims Alison Parker and Adam Ward, who he is believed to have shot and killed during the duo’s live shot at 6:45 a.m. ET. Flanagan claimed Parker had made racial remarks at his expense.

He posted video of him walking up a balcony and approaching the reporter and photographer before shooting them. Flanagan used Bryce Williams professionally and on social media.

On Twitter, Flanagan posted his grievances with Parker and Ward.

They hired her after that?”

“Adam went to HR on me after working with me one time!!!”

Station general manager Jeffrey Marks acknowledged Flanagan filed a complaint against Parker, but it was dismissed after station employees didn’t back up his claims of racial discrimination by Parker. He was fired from the station in February, 2013 and was reportedly escorted out of the newsroom by security.

Marks said Flanagan was a difficult person to work for and that station employees viewed him as an angry person. One of his Twitter posts showed an image of him pointing a gun toward Parker.

Take a look at a screenshot of the horrifying image below. 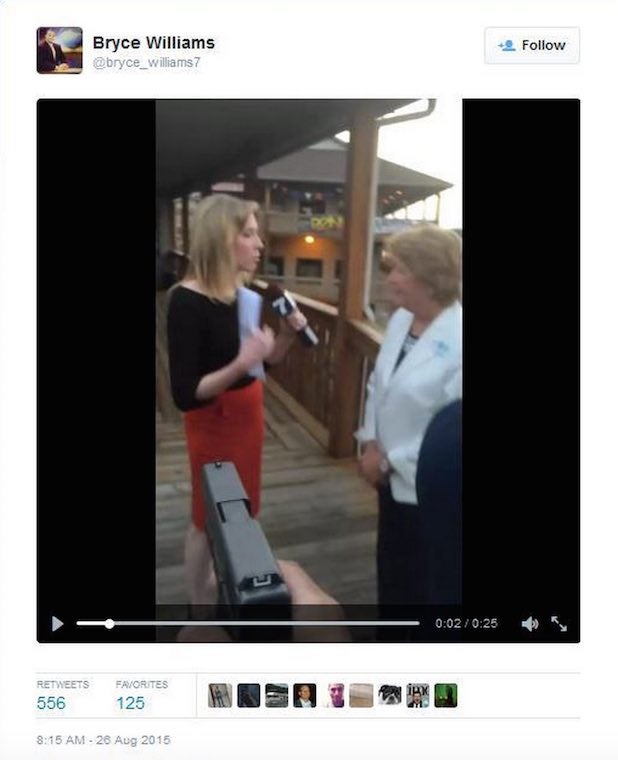