The final episode of HBO’s “Allen v. Farrow” airs this Sunday, but some critics of the documentary series say the filmmakers have only put forward one side of the case, failing to include Woody Allen’s side of the story and omitting key facts that detract from a pro-Farrow conclusion.

Critics like The Guardian’s Hadley Freeman have argued that the docuseries feels more like activism and public relations than it does journalism.

“The series is kind of extraordinary in that it’s this major, four-part, four-hour-plus series, and yet it only puts forward one side of the case,” Freeman said during an interview for an upcoming episode of TheWrap’s podcast, “TheWrap-Up.” “It’s like hearing just the first half of a case. You’re just hearing the prosecution and there is nothing from the defense.”

Herdy said that “what is reflected in [Schultz and Coates’] notes–because I have their notes–is concern for a young girl who was becoming increasingly shy, withdrawn, and sad, and that was looked at through the lens of therapists back in the early ’90s.”

Freeman took issue with the fact that these women were not included in the series. 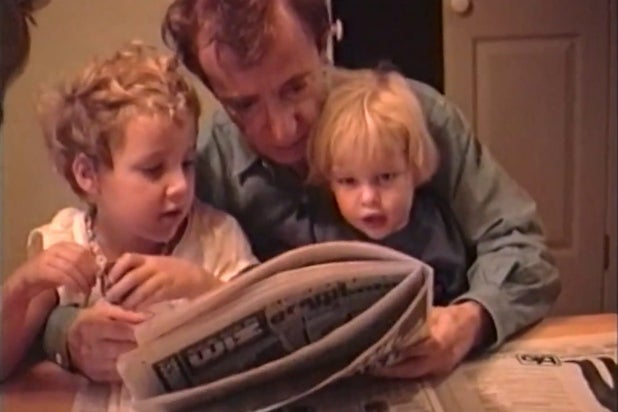 Through HBO, the filmmakers did not immediately respond to questions as to why these were not included but sent this statement about Allen’s absence from the series:

“Woody Allen and Soon-Yi Previn were approached in December of 2020 and each was given two weeks to confirm interest in participating in an interview that could have been done to address the allegations in the series,” the filmmakers — directors Kirby Dick and Amy Ziering and producer Amy Herdy — said. “Their representative stated that the request was received, yet it was never responded to.”

Instead, audio excerpts from Allen’s memoir, “Apropos of Nothing,” are used throughout the series to share his perspective.

Longtime Allen friend and TV director Robert Weide, who said he would not watch “Allen v. Farrow,” took issue with how “most were swallowing the HBO series whole, seemingly thrilled that someone was finally taking Allen down” but pointed to Freeman’s piece as one of the few to call the series out as a “one-sided hatchet job.” And as a sign of how far things have moved in Farrow’s direction, Weide said an interview he gave a “major online publication” about Allen was pulled as the series aired: “This will hurt you and it will hurt us,” he said he was told.

Then came the call. They weren’t running the piece. "This will hurt you and it will hurt us,” he said. "If you’re protecting yourselves, that’s fine," I said. "But don’t pretend to be protecting me. I’ve been at this for seven years. I don’t scare easily.” https://t.co/z3sqP4EPCu

Meanwhile, Sophie Gilbert, a writer for The Atlantic, said she did believe Dylan Farrow but questioned Ziering and Dick, both experienced and celebrated documentarians, for giving too-little weight to the accounts of Moses and Soon-Yi Farrow, two of Mia Farrow’s children:

“It’s easy to see why Ziering and Dick might have wanted to gloss over some facts,” she wrote. “It’s still hard to justify, however, giving such short shrift to the accounts of the other two, both of whom have offered strikingly different versions of growing up in the Farrow household in the past, and who are cursorily dismissed on camera by their white siblings. The show’s narrative is too determinedly focused for any nuance that might complicate its momentum.”

“Allen v. Farrow” also tells the story of Paul Williams, who was fired from his job at New York’s Child Welfare Administration after serving as the lead case worker looking into Dylan’s claims. Allen’s lawyer has maintained that Williams “acted in a rude fashion and appeared to be biased” against Allen, which was not mentioned in the series.

Moses Farrow has accused his mother Mia of abusing him and his siblings, which is mentioned in the series but only briefly. He blogged at length about his strong conviction that his sister Dylan was not molested and that his mother was bent on extracting revenge from his father. 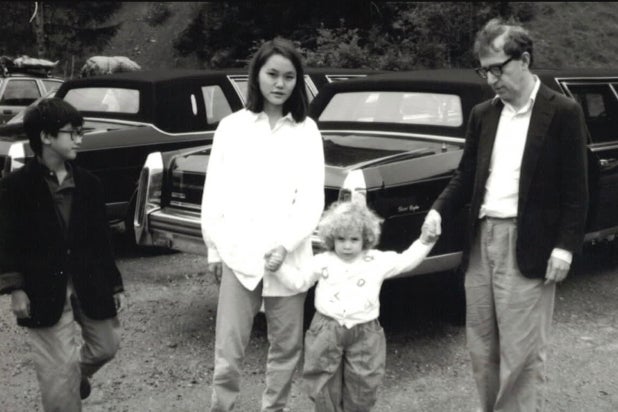 Another aspect not mentioned is that Allen has denied multiple times an allegation he was in therapy for inappropriate feelings towards Dylan and has said the therapy was focused on the intensity of the relationship to the detriment of other children, rather than being of a sexual nature.

Freeman acknowledged that the case has received renewed attention because of cultural shifts led by the #MeToo movement and that people realize “how many powerful men out there have exploited women and exploited their position,” as well as how so many women have been “ignored” that sexual abuse and assault have been “downplayed” in the past.

But she also argued that Allen’s case is different from some of the other men who have faced multiple accusations of sexual abuse or assault and said that it was “lazy thinking” to group them together.

“It’s not like I’m out here trying to argue Allen’s innocence. I don’t know any better than anyone else here,” Freeman said. “Even in the worst crimes, both sides need to be heard. That is how democracy works. And I understand and admire this impulse to right the wrongs of the past, but not all cases are the same. Each case has to be looked at on its individual merits. And in all cases, both sides need to be heard.”

That being said, other critics like the New York Times’ Ginia Bellafante, who recently revisited Allen’s “Manhattan” after watching “Allen v. Farrow,” said viewers could easily look to outside sources if they wanted to hear more about Allen’s side of the story.

“There’s plenty of information on both sides out there, and people are free, certainly, to click on a hyperlink and find out more,” Bellafante told “TheWrap-Up” podcast. “I mean, all documentaries have a point of view and the filmmakers clearly believe that Dylan is telling the truth and perhaps Woody does deserve some further degree of cancellation.”

In a statement issued shortly after the first episode of “Allen v. Farrow” aired last month, Allen and Previn argued the series was a “hatchet job riddled with falsehoods” and said they declined to respond earlier because they were “approached less than two months ago and given only a matter of days ‘to respond.'”