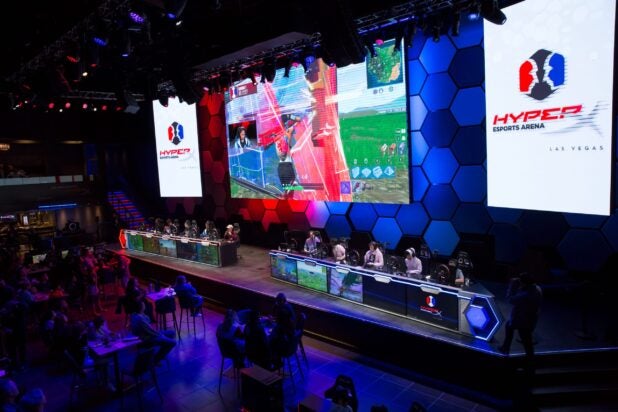 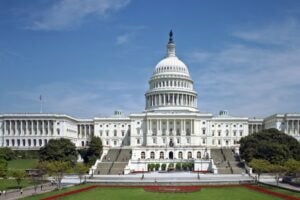 How Hollywood Lobbies Congress for Its Slice of the Coronavirus Bailout

“World Poker Tour has been around for 18 years: We did it slightly differently,” CEO Frank Ng tells TheWrap

Since going public last year, Allied Esports Entertainment Inc. failed to turn a profit, but its new esports business could be a tipping point for the 4-year old company.

Allied oversees two businesses — the World Poker Tour and Allied Esports, which organizes multiplayer gaming events and operates esports venues across the country and in Europe. Allied Esports’ main stateside facility is the HyperX Arena, located inside the Luxor Casino in Las Vegas. The Vegas facility was closed as of Friday in response to the coronavirus threat, and the company is setting up a remote broadcast facility.

CEO Frank Ng said in the company’s 2019 earnings report that it continues to learn from operating the World Poker Tour for 18 years, and applies similar strategies to its esports business.

“In-person experiences, multiplatform content and interactive services have been the go-to-market strategy that the WPT (World Poker Tour) has effectively deployed in the poker industry for nearly two decades,” Ng said. “We are also applying it to the much larger and more rapidly growing esports industry.”

Allied’s 2019 revenue was up 27% from the prior year to $26 million, and the company’s net loss was cut nearly in half. Chief Financial Officer Tony Hung said esports made up 29% of its total revenues last year. Hung also said he thinks Allied Esports has two to three years before it becomes profitable, but noted esports will be a large part of that.

Jud Hannigan, chief executive of Allied Esports, spoke with TheWrap in the midst of the coronavirus pandemic about the role of esports in the company’s growth and push towards profitability.

Your 2019 earnings call is happening in the midst of a global pandemic, and Allied Esports has properties in Germany and China. How is the company coping?

There’s significant demand for content. Everything that is traditionally providing it has come to a grinding halt. We have the opportunity to go out and be a provider of content right now, and we’re making big strides to do that. If we can move (gaming) activity online, in a time when all of a sudden the unimaginable has happened, we can figure out a way to continue providing an outlet for people when they’re really craving entertainment the most. We’ve shifted really quickly to make programming available online, and the exciting part about that is people from all over the world can participate. The infrastructure we have allows us to continue broadcasting this content, and we’re finding ways to make sure our assets are still deployed in effective ways.

Also Read: How Hollywood Lobbies Congress for Its Slice of the Coronavirus Bailout

Allied Esports Entertainment was created because of a merger, and, as a result, World Poker Tour is another part of the business. How did WPT influence the esports side?

Our business was modeled after the World Poker Tour. We wanted to create live events and dynamic content distributable across different mediums and aggregate an audience for an online DTC relationship. World Poker Tour has been around for 18 years: We did it slightly differently. We wanted to go out and build permanent installs that the gaming industry needed. It’s also given us a credible seat at the table, that helps us build strong relationships with game publishers.

Allied Esports’ physical gaming venues are now closed because of the virus outbreak, but tell us about what will hopefully be open soon.

Both Brookfield and Simon Properties are investors in us. These are the titans of the industry, and we are fortunate to be a part of what’s happening in the retail real estate industry. There’s an evolution happening, it’s not just gaming. (Malls) are becoming more experiential destinations in many ways. Being in partnership with these guys and having access to their properties, we get to be part of that esports story in their evolution and that puts us in a sweet spot. Globally, Simon has roughly 200 malls and Brookfield has a similar amount. We are working to open two mall locations now.

Tell us about how Allied tries to cater to the more casual crowd.

When it comes to programming, every day we run a different broadcast and competitive event for a unique community. Each night of the week, we have a different game and we give that community time to shine on the grand stage. We’re growing individual communities where we’re at. Some of the games we have are “Fortnite” and “Smash” … We built a community competitive scene around “Mario Kart,” and call it “Saturday Night Speedway.” It’s my favorite night of the week and gets a lot of engagement. Some people drive down to Vegas from LA to compete. We want to appeal a bit more to the casual gamer. There’s no barrier to entry, and that allows us to appeal to the curious. They want to know, “Hey what is this esports thing?”

How does Allied approach the streaming component of gaming?

We typically are broadcasting across live stream platforms but mainly YouTube and Twitch. It depends on the event. And everyone is keeping an eye on other platforms. There has been a seismic move to sign people exclusively; Mixer’s done it, Facebook’s done it, Caffeine is doing it…. It’s an interesting battle for viewership that’s happening right now. Right now, we’re interested in our content being viewed on as many platforms as possible.

Would Allied ever get in on the “streaming wars” and sign a popular streamer?

We have the infrastructure to sign a streamer, and I won’t say no to that as a concept. We had success with Ninja at a 2018 event in Vegas. We have the opportunity to provide influencers and content creators to headline the Las Vegas Strip because of our location. The short answer is, we might…

Media, Entertainment Companies With Vulnerable Credit Outlooks, According to S&P

5 Ways the Oscar Season Could Be Rocked by the Coronavirus

Is Sony’s Slate Change a Sign Studios Are Preparing to Write Off the Summer Box Office?