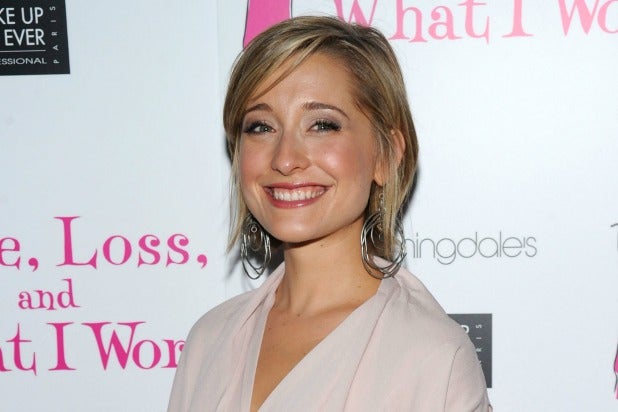 Lawyers for “Smallville” actress Allison Mack, who has been accused of sex trafficking stemming from her connection to the NXIVM organization, are asking a judge to relax the conditions of Mack’s bail.

According to papers filed Tuesday and obtained by TheWrap, Mack is seeking the relaxed conditions because she “is interested in contributing to society.”

Mack’s legal representation is asking for the home detention component of her bail conditions to be amended so that she can leave her residence without seeking the court’s permission for the purposes of “stationary and verifiable employment,” as well as to attend religious services once a week and for schooling.

“Prior to her arrest on the instant charges, Ms. Mack had no criminal history. She also has substantial ties to the United States, including the fact that she herself is a U.S. citizen and members of her immediate family — who have staked their financial well-being on her remaining in the United States to face the instant charges — are also U.S. citizens who reside in the United States,” a letter to federal judge Nicholas G. Garaufis reads. “While the instant charges have deprived her of pursuing her acting career, Ms. Mack nevertheless is interested in contributing to society. In that regard, Ms. Mack has contacted her Pretrial Services Officer to express her interest in obtaining employment, volunteering in her community, and attending classes and religious services while she waits for the opportunity to defend herself and clear her name at trial.”

Mack was arrested in April and released on $5 million bail that same month, the Associated Press reported at the time.

Mack is accused of recruiting women into the organization, and of “directly or implicitly” requiring these women to have sex with NXIVM founder Keith Raniere, according to U.S. attorney Richard P. Donoghue. She has pleaded not guilty to sex trafficking, and if convicted, she faces 15 years to life in prison.

In March, Raniere was arrested in Mexico, where he fled after the publication last fall of a New York Times report about NXIVM practices like branding women. Federal authorities say Raniere and Mack created a secret society within NXIVM in 2015 called “DOS,” which “operated with levels of women ‘slaves’ headed by ‘masters,'” and that some of the DOS slaves became masters who “directly or implicitly required the slaves to have sex with Raniere.”