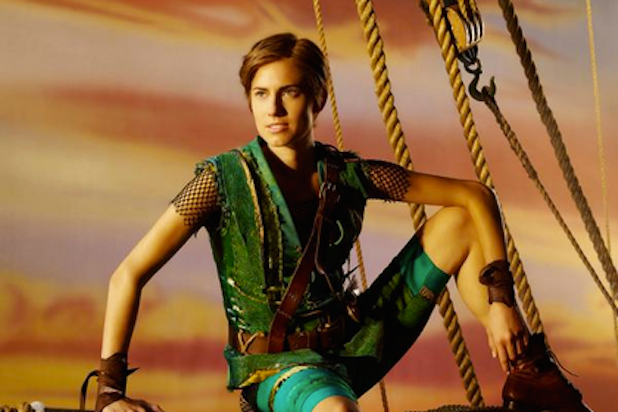 One day, Allison Williams will play a real grown-up character.

The “Girls” star is now in rehearsals for her role as the boy who wouldn’t grow up, in NBC’s live musical edition of “Peter Pan.” The special, scheduled to air on December 4, represents a dream come true for Williams, who dressed up like the character all the time as a child (as did many other children, but their dads don’t get to show the word photographic proof on NBC Nightly News).

NBC revealed a first look at Williams as the iconic flying J.M. Barrie creation, which promises the most fashion-forward Pan we’ve seen in some time.

Christopher Walken will try to kill her as Captain Hook, which makes this the most exciting TV event of the fall, for sure.