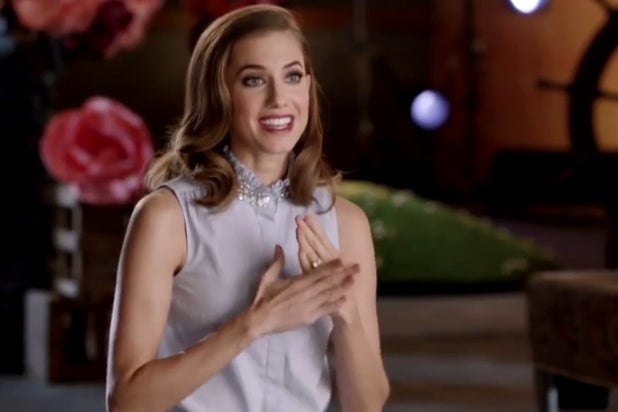 Allison Williams is prepared for takeoff — but the possible live TV turbulence of NBC’s “Peter Pan Live” is not lost on her.

The “Girls” star will don green tights and do some stunt-flying next month for the network Peter Pan adaptation, a followup to its hit “Sound of Music Live” last year. In a featurette released by the network on Saturday, Williams said that she knows people will draw comparisons between the two. She also admitted a moment of total fear over that fact.

Also read: 'How I Met Your Mother' Finale: What the CBS Series Meant for Its Stars' Careers (Photos)

“I watched ‘The Sound of Music’ like 19 million other people did,” Williams said. “I was completely blown away by it.”

“This is enormous,” she said of her opportunity. “I’m not gonna lie — the bigness of it felt scary for a hot second.”

Also read: 'Sound of Music Live' Is a Hit: 10 More Dream Musicals We Want to Hate-Watch on NBC

Despite being alone on the wire, Williams won’t be alone on the stage. And she couldn’t be happier to battle the accomplished actor behind Pan’s nemesis Captain Hook, Christopher Walken.

“I am aware every single day that I am the luckiest girl — the luckiest boy-girl — in the world,” Williams concluded, referring to the classic gender-swap casting of the show’s titular role.