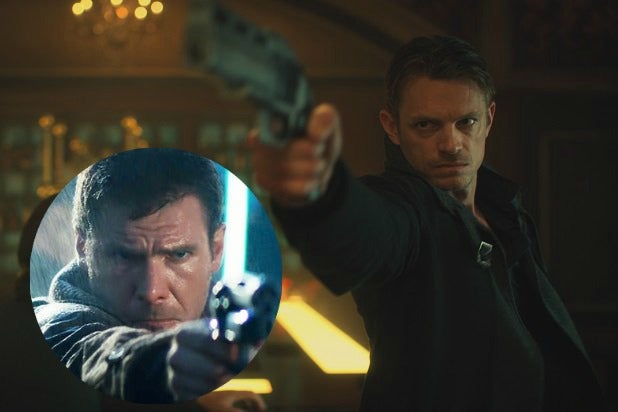 Netflix’s news sci-fi series “Altered Carbon” (based on the book of the same name by Richard Morgan) has been compared to “Blade Runner” since before it even premiered. And with good reason: It certainly looks a lot like the classic 1982 neo-noir film. But that’s okay, “Altered Carbon” creator, Laeta Kalogridis, tells TheWrap — the Cyberpunk genre has certain aesthetic requirements that have been baked into it since “Blade Runner” first hit theaters.

Though Kalogridis had visions of the Ridley Scott flick starring Harrison Ford (and the book by Philip K. Dick, “Do Androids Dream of Electric Sheep,” on which it’s based) in her head when she was bringing her own project to life, it doesn’t mean “Altered Carbon” is a carbon copy of that work — or any other. The creator wants you to trust the Netflix series is “its own thing.”

“We are in a genre, you know ‘cyberpunk noir’ being a specific genre, that people associate with ‘Blade Runner,'” Kalogridis said. “But just like the noir films of the late 40s through the 50s, and even modern day noir, we are more than just the look of the pilot. And the look of the pilot has drawn comparisons I think simply because, you know, the brilliance of ‘Blade Runner’ was so indelibly etched in all our minds, and it was pulling from Philip K Dick and pulling heavily from William Gibson. And we are pulling from that same source.”

Also Read: 'Altered Carbon' Explainer: Here's What It Means That Takeshi Kovacs Is an 'Envoy'

“When people talk about it being something specific, it’s sort of like when you say, for example, that ‘Game of Thrones’ is ‘Lord of the Rings’ meets ‘The Godfather,’ which it really is — but it really isn’t. It’s its own thing. Our show has been called by the author of the book, ‘Chinatown’ set in space, where you can live forever,” Kalogridis said laughing. “But it’s not that. I mean, it’s its own thing.”

The showrunner also says that she doesn’t want viewers to rule out a new cyberpunk story thinking they’ve seen them all.

“Honestly, I would never say, ‘Oh, I’ve decided not to read ‘The Left Hand of Darkness’ because I’ve seen ‘Blade Runner.’ I’ve decided not to read ‘Neuromancer’ because I’ve seen ‘Blade Runner,'” Kalogridis said. “If anything, we’re very indebted to William Gibson for the idea of ‘the sprawl,’ specifically. And for the intersection of technology and our underdeveloped morality. I think that that’s where we are closest. And that source material is so far from being mine.”

Even still, Kalogridis says there is more than enough to the streaming service’s ambitious new sci-fi project to pull you in all on its own.

“Altered Carbon” season 1 is available for streaming on Netflix as of Feb. 2.

Watch our interview with Dichen Lachman on what it was like to do a naked sword-fighting scene: