Alyssa Milano says voting isn’t just about protecting your own interests — it’s “how we protect each other.”

“I’ve been working the vote for 20 years and it has never come to this,” Milano said at TheWrap’s Power Women Summit on Thursday night. She was speaking with filmmaker Nicole Boxer and former Sen. Barbara Boxer, a California Democrat, for their podcast, “The Boxer Podcast.” 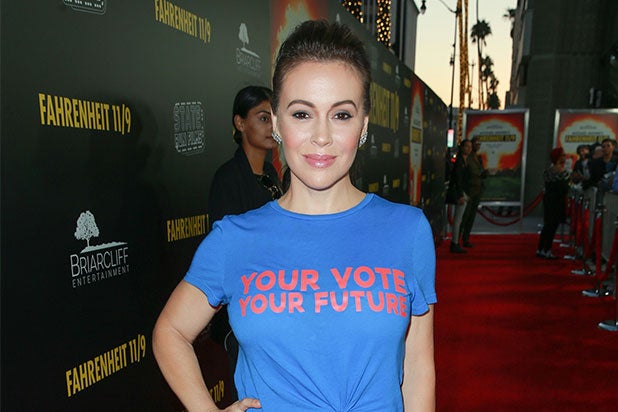 She added: “If we can all take ourselves out of the equation and say, ‘This year my neighbor has preexisting conditions, and I will vote for her…’ Just take yourselves out of it. Voting is how we protect each other.”

Nicole Boxer added that Milano’s stance is the “total polar opposite” of what President Trump. She said he urges voters, “vote for yourself, vote for me.”

Milano also told the 1,500 women attending the Power Women Summit that she will drive voters to the polls in five districts for the election Tuesday. The actress also drove voters to polls back in December so they could cast votes against Republican Senate candidate Roy Moore in Alabama.

Just a few days before the historic midterm election, the focus of the Summit is to achieve gender equity in Hollywood, with the theme, “The Road to 50/50 By 2020.”