A judge is expected to terminate Amanda Bynes’ conservatorship of nearly nine years after tentatively ruling on Monday that the former child star, now 35, no longer needs someone else to manage her personal and business affairs.

“The court determines that the conservatorship is no longer required and that grounds for establishment of a conservatorship of the person no longer exist,” Judge Roger L. Lund of Ventura County Superior Court wrote Monday in the tentative ruling, obtained by TheWrap.

Bynes filed last month to end the conservatorship, which was put in place after exhibiting erratic behavior in 2013 such as setting a driveway on fire. Her mother Lynn has been her conservator since October 2014 and is fully in support of ending the arrangement, according to Tamar Arminak, an attorney for her parents.

Bynes’ representatives didn’t immediately respond to a request for comment from TheWrap. 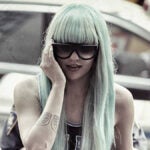 Arminak told NBC News in February that her parents “100 percent support” her decision. “The parents are happy, thrilled to get this good news. The professionals say she is ready to make her own life choices and decisions and are so proud of her.”

Bynes’ lawyer David A. Esquibias, told People last week that plans to move into a new home with her fiancé Paul Michael.

Bynes’ films include “She’s the Man” and “What a Girl Wants.” She came to fame as the star of “All That” and “The Amanda Show” on Nickelodeon and co-starred on The WB’s “What I Like About You,” with Jennie Garth. Her last acting credit was opposite Emma Stone in the 2010 comedy “Easy A.”