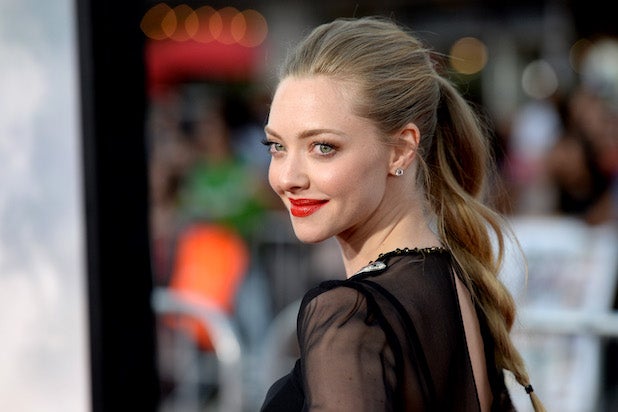 McKinnon, who is in the middle of Season 46 of “Saturday Night Live,” left the series earlier this year amid scheduling issues. Seyfried will also serve as a producer.

“The Dropout” tells the story of how Holmes raised hundreds of millions of dollars to fund Theranos and became a media darling, while hiding the fact that her touted blood-testing machine didn’t really work. Holmes dropped out of Stanford to found the company, which at one point was valued at $9 billion, with Holmes being heralded as the next Steve Jobs (she even wore the same signature black turtleneck).

The series is based on an ABC News podcast of the same name. ABC News’ Rebecca Jarvis, who hosted the audio series, will executive produce, along with Taylor Dunn and Victoria Thompson. Showrunner Elizabeth Meriwether, Liz Heldens, Liz Hannah and Katherine Pope will also executive produce. The series is from Fox Searchlight’s TV division and 20th Television.

Seyfried is coming off an Oscar nomination for her role as Marion Davies in Netflix’s “Mank.”

Holmes was indicted by a federal jury in 2018, along with former Theranos chief operating officer Ramesh “Sunny” Balwani, on nine counts of wire fraud and two counts of conspiracy to commit wire fraud. Their trial is set to begin next January.

Holmes’ story was also the subject of Alex Gibney’s HBO documentary “The Inventor.”