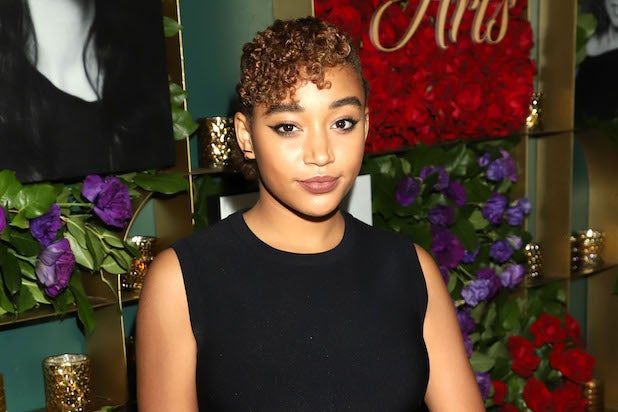 “The Hate U Give” star Amandla Stenberg has been cast in a leading role alongside Andre Holland on Damien Chazelle’s upcoming Netflix series, “The Eddy.”

A musical drama set in contemporary Paris, “The Eddy” series revolves around a club, its owner, the house band, and the chaotic city that surrounds them. The series, which will be shot in France this spring and feature dialogue in French, English and Arabic, has an eight-episode order from the streaming service.

Holland is set to play Elliot Udo, a celebrated jazz pianist from New York. Now in Paris and the part-owner of a failing jazz club, Elliot, who is hiding from everyone, has an on-again-off-again romance with his lead singer. When his 15-year-old daughter Julie (Stenberg) shows up suddenly, Elliot has to face his weakness and learn to grow up.

“The Eddy” is being written by Jack Thorne (“Wonder”), with original music from Glen Ballard. Along with Chazelle, other directors on the series include Houda Benyamina (“Divines”) and Alan Poul (“Tales of the City”).

“The Eddy” will premiere globally on Netflix in 2020.