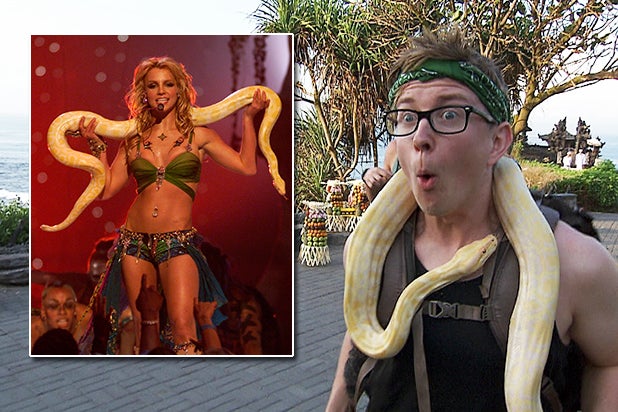 (Spoiler Alert: Please do not read this if you have not yet watched Friday’s “The Amazing Race” episode in Indonesia)

And as the season speeds along at a rapid pace, co-creator and co-executive producer Elise Doganieri answers TheWrap’s questions about the most recent episode. 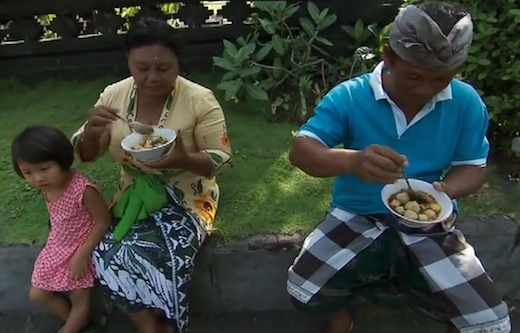 TheWrap: I would have reservations about eating 80 cent “Goat Testicle Soup” (The soup’s cost, 10,000 Indonesian Rupiah, is 80 cents in U.S. dollars). Is that really what it was?
Elise Dor Indonesians, the meatballs are typically made from beef, chicken or pork. The locals were all very excited to buy Sheri and Cole’s soup! 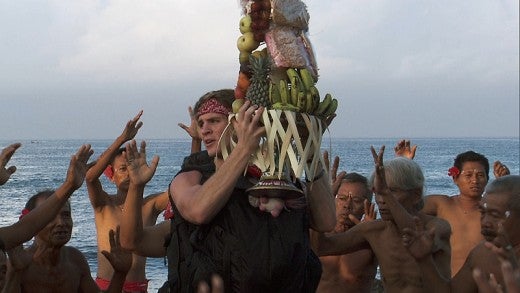 In the “Go Fly a Kite” Roadblock, what was your plan for a non-windy day? Did you consider having a TAR-branded kite tail made?
While scouting, we spoke to the local kite enthusiasts and learned that early mornings are calm but the wind picks up later, so we set up the course to do the Salt Farming Roadblock first to allow time for winds to pick up for the Kite Roadblock. To make the kites fly, the wind was important but it was also dependent on the locals running with our contestants to get the kite up in the air. An “Amazing Race” kite is a great idea! But we loved these beautiful colorful kites the Balinese use in their festivals so we really wanted to showcase them. 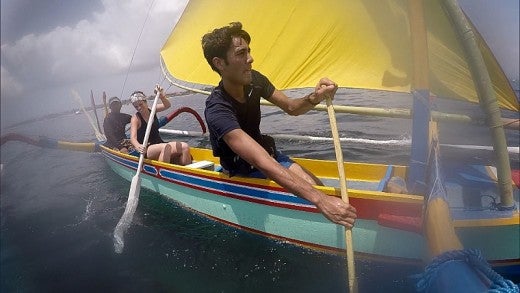 At this point in leg 8, about how many days of real time are we in to the “Race”? What was surprising you about the cast at this point?
This was the 18th day of “Race.” It’s when crunch time starts. Teams are getting physically and mentally exhausted from everything they’ve done so far. But there’s a sense of excitement as teams dwindle and the Finish Line is getting closer. This was a cast that rolled with the punches and truly enjoyed the experience. But as you’ll see, they’re also just as competitive as any we’ve had.

We hear that you celebrated a birthday this week. What does (husband and co-creator/co-executive producer) Bertram van Munster get the lady who has been everywhere in the world several times?
Bertram van Munster: The best gift is to be together, but if I am scouting on Elise’s birthday (as I was yesterday) what makes her happiest is simply that I remember to call. Yesterday Elise was especially happy, because I also surprised her with flowers, red roses from me ans from our daughter Ava.