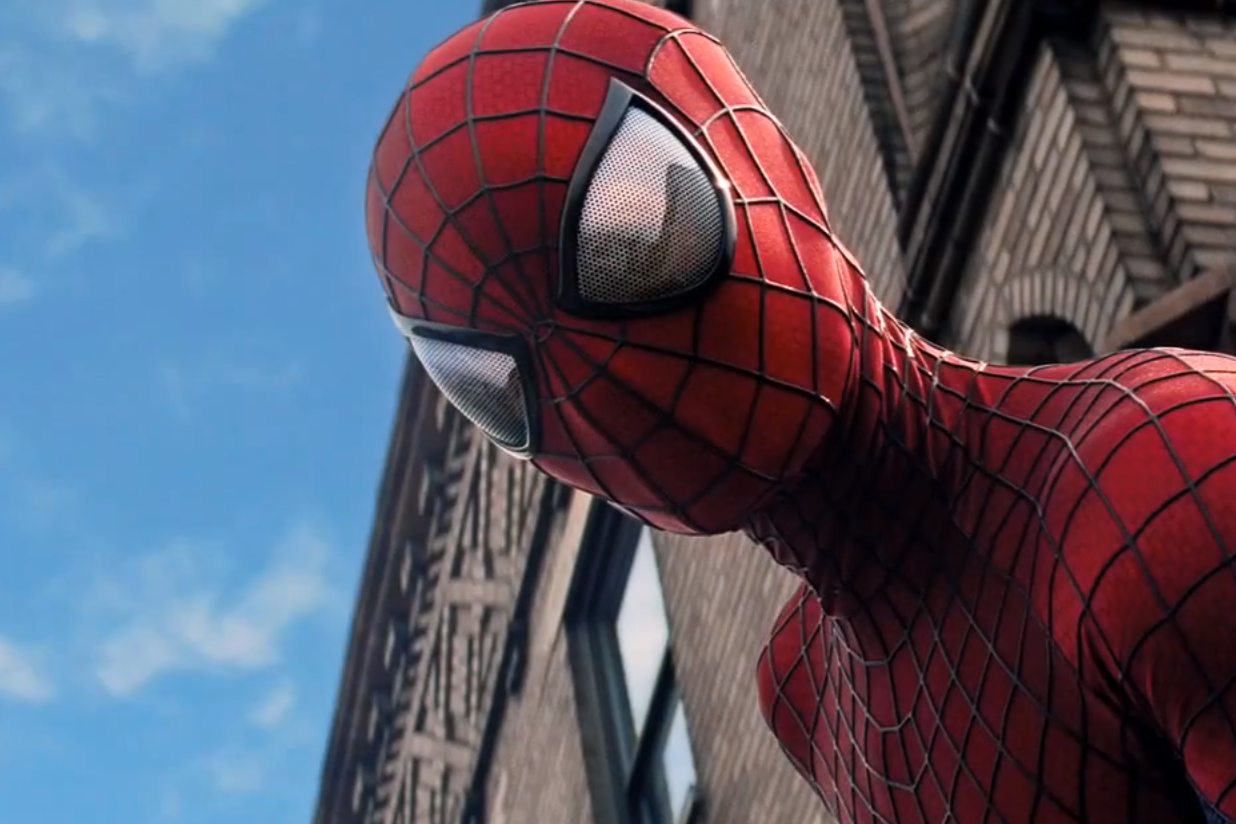 “The Amazing Spider-Man 2” swings into theaters this May, carrying with it the fate of Sony Pictures’ summer.

“It’s the biggest and best ‘Spider-Man’ to date,” Rory Bruer, Sony’s president of worldwide distribution, promised a crowd of exhibitors at CinemaCon on Wednesday night.

To back it up, Sony showed 30-minutes of intense action for the sequel that has both humor and lots of Spidey swinging through the skyscraper canyons of Manhattan. The footage included a high-speed battle that found the hero, played by Andrew Garfield, battling a Russian accented, machine gun-wielding Paul Giamatti, while desperately trying to attend his high school graduation. Giamatti will later devolve into Rhino, an armored super villain briefly glimpsed in the sequences Sony screened.

Then there was an emo-tinged sequence, with Spidey’s alter-ego Peter Parker going for a romantic walk with Gwen Stacey (Emma Stone). Their relationship difficulties call to mind director Marc Webb’s earlier efforts on “500 Days of Summer” before he abandoned indie romance for comic book sagas. But it wasn’t just heartache and puppy dog stares. The young couple is interrupted by the arrival of a pulsating Electro (Jamie Foxx), who responds to being cornered by the NYPD by laying waste to a wide swath of Times Square.

Finally, the footage concluded with Harry Osborn (Dane DeHaan, looking much like the young Leonardo DiCaprio) freeing Electro from a high-tech prison and promising the freak of science a chance to exact revenge on Spider-Man. Osborn is the privileged young man who later morphs into the Green Goblin.

“The film is about the choices we all have to make as we become adults,” Bruer said.

It’s more than just a coming-of-age story. It’s also a chance for Sony to take a page from Marvel and expand the world of Spider-Man. The studio has already begun work on a spin-off featuring Venom. Just as “Iron Man” and “Captain America” led into “The Avengers,” Sony thinks “The Amazing Spider-Man 2” can  launch a broader universe of superheroes and adversaries. Hence all the villains.

After a punishing year that saw the firings of several high-level executives and a devastating fight with major investor Daniel Loeb, who accused the studio leadership with fielding too many flops, Sony hopes to show theater owners that the superhero flick will change its fortunes.