Apple’s long-gestating reboot of Steven Spielberg’s “Amazing Stories” finally launched its series premiere Friday, inviting both fans of the original anthology and a new generation of viewers to see what’s so amazing about showrunners Eddy Kitsis and Adam Horowitz’s modern take on the iconic ’80s series. One very obvious answer to that question is Victoria Pedretti.

Titled “The Cellar,” the debut episode of the “Once Upon a Time” duo’s Apple TV+ show follows Sam (Dylan O’Brien), a man who discovers a time portal in the storm cellar of a house he’s restoring in Iowa. That portal takes him back to 1919, where he meets Evelyn (Pedretti), a young woman with a beautiful singing voice.

Now here’s where we stop short of spoiling anything and just let Eddy and Adam explain why it was crucial Pedretti, who played fan-favorite character Nellie Crain on Netflix’s “The Haunting of Hill House” and Love Quinn on “You” Season 2, take the role of their leading lady in the opening episode of Apple’s “Amazing Stories,” which consists of five installments.

“We were obsessed with her on ‘Hill House’ and the benefit of working with Amblin is, ‘Can you get this to Victoria?’ — and they did,” Kitsis told TheWrap, drawing the connection between Spielberg’s Amblin Television producing both Netflix’s “Haunting” anthology and Apple’s “Amazing Stories.” 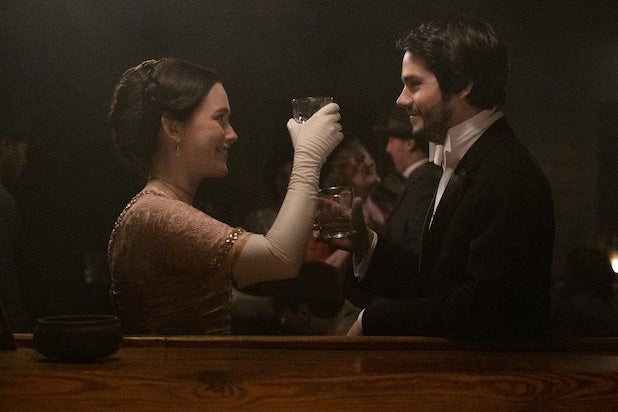 “And then it was literally like, ‘We want Nellie Crain to do this role. No one else but Nellie Crain can do the role,'” he added. “And they’re like, ‘We’ll pitch it to her!’ And then she agreed to do it. And we were so excited about that. And of course Dylan O’Brien is amazing too.”

Now, more on why Pedretti is so amazing in this particular amazing story.

“Are you kidding? That scene where she’s singing alone is, like, so magical,” Kitsis told us. “We would just watch that scene in editing and it was like — everything about the character, she just did in that one scene. It was amazing her talent.”

Another very special talent involved in Apple’s “Amazing Stories” is the IP’s creator himself, Spielberg, who Kitsis and Horowitz were simultaneously delighted and terrified to work with.

Also Read: Apple Backs Out of South by Southwest Due to Coronavirus Worries

“When ‘Once Upon a Time’ ended after seven seasons in 2018, Adam and I looked at each other and said, ‘We need time off, we’re not taking the first call that comes in,'” Kitsis said. “Well, the first call was Amblin asking if we’d be interested in ‘Amazing Stories.’ So we looked at each other and said yes, because not only is ‘Amazing Stories’ a beloved show in our lives, but the reason we’re in this business is because of Steven Spielberg. It’s because we looked up and said, ‘Oh my God, you can make an entire career out of imagination. I wanna do that.'”

But the “Amazing Stories” reboot was in the works long before Horowitz and Kitsis got that amazing call and accepted that amazing offer.

Bryan Fuller had been attached to the project since October 2015, before it shifted from NBC (the broadcaster behind the original series) to Apple in 2017. Fuller, who was set as the showrunner on the new “Amazing Stories,” exited the series over “creative differences” in February 2018. Kitsis and Horowitz were hired as his replacements in May of that same year.

Kitsis and Horowitz told us they didn’t see any of Fuller’s work and started from scratch when they took over the challenge of rebooting Spielberg’s show. And during that process they had one very important asset: direct access to the iconic series’ mastermind himself. 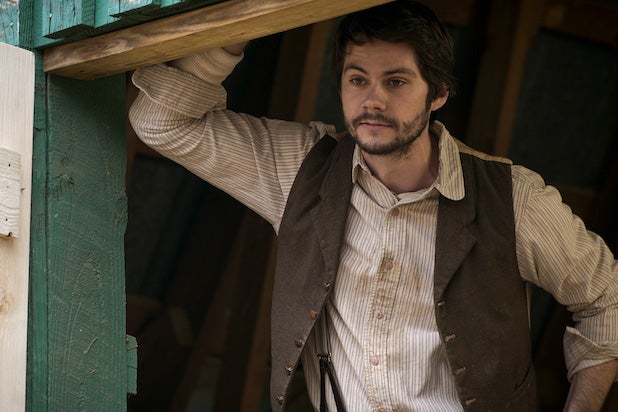 “Every story, every cut, we got to go to Steven with everything,” Kitsis said. “So it was a great opportunity to kind of bring this to life. And for us, it was a bucket list drop because our dream was to meet Steven, we never thought we would actually get to work with him.”

Kitsis says that he and Horowitz sat with Spielberg for hours “talking about stories.”

“And this method is beyond what anyone would expect — and you wouldn’t expect a lot in terms of how much time he can make and how much energy he has,” Kitsis said. “Every time I leave Steven, I’m so inspired because he just loves to tell stories… And so when he’s sitting down, it doesn’t feel like work, it feels like we’re getting to do our dream  job, which is to say, ‘What do you think about this? And what about this?’ And for us it was a great partnership because we got to collaborate and learn from the greatest of all time. And of course working with Steven was frightening for us, because he was our hero.”

Horowitz says that their working relationship with Spielberg “was a collaboration, while at the same time always acknowledging this is Steven’s thing.”

“So we understood when we took this job that Steven was trusting us with something very precious,” he said. “This is an idea he conceived 30-some years ago that has a special place in pop culture and we took this responsibility very seriously. And so what the relationship was was incredible, from our perspective, which was we got to run the show, but work very closely with Steven.”