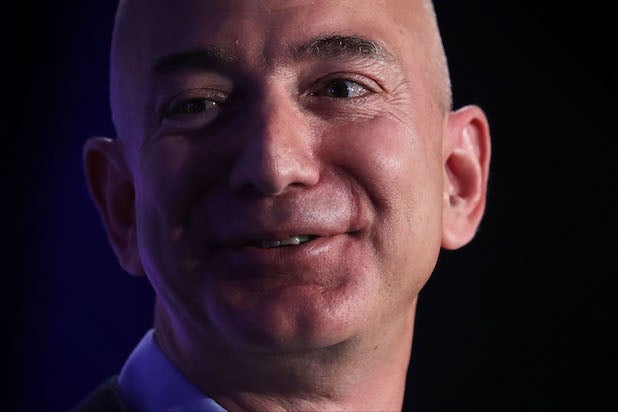 Amazon founder and CEO Jeff Bezos has just fulfilled the life dream of every Trekkie: Being an alien in “Star Trek.”

In the casting credits for “Star Trek Beyond,” the third installment of J.J. Abrams‘ cinematic version of the franchise, Bezos is listed alongside the likes of Chris Pine, Zachary Quinto, Zoe Saldana, John Cho and Idris Elba as being a “Starfleet Official.”

“He was awesome,” Lin said. “He just nailed it every time.”

“It was like a president was visiting, you know?” he added. “He had a big entourage! But it didn’t matter because he was so into it.”

But even with the entourage, Pine — who stars as Captain James T. Kirk — admitted that he didn’t know who Bezos was when he stepped on set.

“I was there for the bit with his like nine bodyguards and three limos. It was really intense,” Pine told AP. “I had no idea who he was. Not a clue. But he was obviously very important.”

Bezos has long been a Trekkie. In fact, Bezos has said “Star Trek” served as the inspiration for Amazon’s Alexa, the company’s voice-recognition assistant. He also has a large model of the Starship Enterprise in the headquarters of Blue Origin, his aerospace manufacturer and spaceflight services company.

“Star Trek Beyond” opens in theaters next Friday.