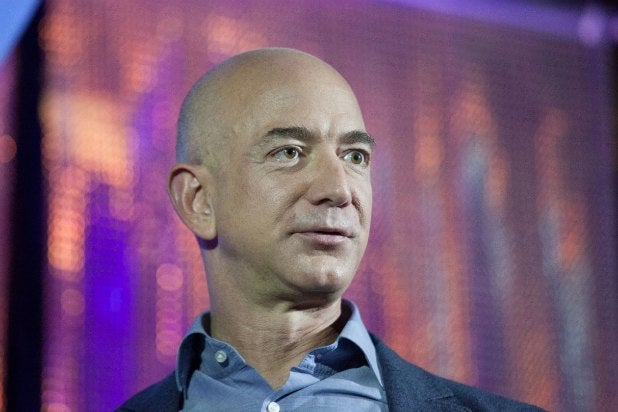 Amazon CEO Jeff Bezos admonished Donald Trump on Wednesday following comments the presumptive GOP presidential nominee made about the “problems” the online retailer will face if he wins in November.

“That’s not an appropriate way for a presidential candidate to behave,” Bezos said in response to Trump’s remarks, which included accusations that Bezos, as owner of The Washington Post, is using the paper as a tax shelter that he only purchased to gain “political influence.”

Bezos made the comments at a keynote conversation with executive editor Martin Baron during the Post’s Transformers conference.

“I think a company like Amazon also deserves to be scrutinized and examined and criticized, and I have no worries about that,” Bezos said. “We live in the oldest and greatest democracy in the world with the strongest free speech protections in the world. And it’s something that we are, I think, rightly proud of. And it’s critical that we’re able to carefully examine our leaders.”

Bezos even squeezed in a dig regarding John Miller, the alias Trump has been accused of using to impersonate his own publicist.

“If you write a story and make sure people know about John Miller, it’s still the citizens’ decisions how to weigh that,” he said. “They may decide it’s fine to pretend that you’re your own publicist. And if they do, that’s fine. It really is. That’s not our job.

It’s too bad the two aren’t getting along, as it feels like just yesterday that Trump was showing off his Playboy cover in a Washington Post video.