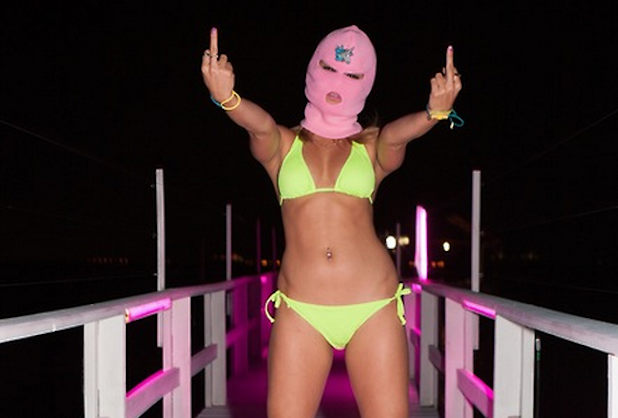 A24 has tapped Amazon as the exclusive subscription home for its movies – the first such deal for the tech giant in its ongoing competition with the likes of HBO and Netflix.

Amazon Prime Instant Video subscribers will be able to watch past and future A24 movies such as “Spring Breakers” and “The Spectacular Now.” Those movies will not be available on Netflix or any other services.

A24 is just over a year old, so it’s not like Amazon just scored a massive library of titles. Yet A24 has been one of the most active independent studios in the business since its launch at Toronto in 2012. It released five films this year, and has acquired several more at recent film markets.

“We are always looking for new ways to bring our Prime Instant Video customers, unique, exclusive movies and TV that we think they will love,” Brad Beale, Director of Digital Video Content Acquisition for Amazon, said in a statement. “As always, we monitor DVD and digital sales very closely and A24 movies such as ‘Spring Breakers’ and ‘The Bling Ring’ are exceptionally popular among our customers. This new deal with A24 allows us to offer those same titles to our Prime Instant Video customers soon after they are released on DVD and Blu-Ray and at no additional cost.”

Amazon Prime Instant Video offers movies from a number of different sources, and makes deals with studios all the time. It has the exclusive rights to numerous TV shows, including “Justified” and “Downton Abbey.”

Yet it has not been the exclusive subscription service home for any particular film studios’ new releases. The deal is part of Amazon’s recent entertainment blitz, which also includes the launch of its first original shows, “Alpha House” and “Betas.”

Those shows are also available to Prime subscribers, of which there are more than 10 million, according to external estimates.