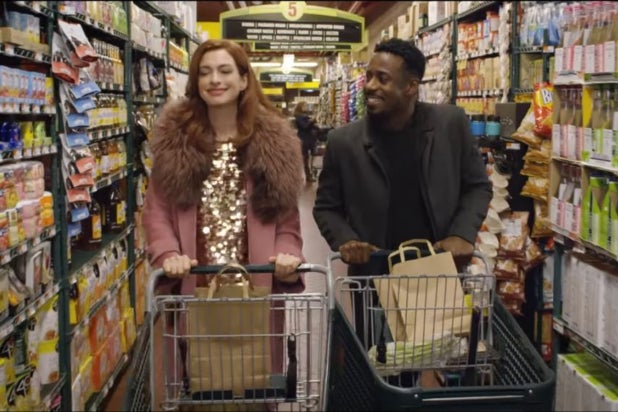 Amazon Prime Video is out with its list of new TV shows and movies coming in October. Among them is Amazon original series “Modern Love,” out Oct. 18, which stars Tina Fey, Julia Garner, Anne Hathaway, Dev Patel, John Slattery, Andrew Scott and Brandon Victor Dixon, and a host of others.

The half-hour romantic comedy series is inspired by the popular New York Times column of the same name, and “explores love in all of its complicated and beautiful forms, as each standalone episode brings some of the column’s most beloved stories to life with a stellar cast.”

Coming in October on an unspecified date is Vir Das’ Amazon original series “Jestination Unknown,” which finds Das traveling across India with his friends in an attempt to answer the question: “What does India find funny?” According to Amazon, “The clubs and pubs of India’s metros are only a part of the answer. The people of India have laughed at kings, foreigners, neighbors, and more importantly, themselves. In a time when jokes are considered offensive, what if India answered otherwise?”

Season one of another Amazon original series, “One Mic Stand,” will also come at a date to be determined. According to Amazon, “India’s biggest actors, politicians, musicians and influencers are trained by top comedians to perform stand-up comedy for their very first time! This season, Sapan Verma brings on Bhuvan Bam, Taapsee Pannu, Richa Chadha, Vishal Dadlani and Dr. Shashi Tharoor to make their stand-up comedy debut with the help of Zakir Khan, Kunal Kamra, Angad Ranyal, Rohan Joshi and Ashish Shakya.”

Here is the list of new additions coming to Amazon this October.

If You Give a Mouse a Cookie: Halloween Special – Amazon Original series