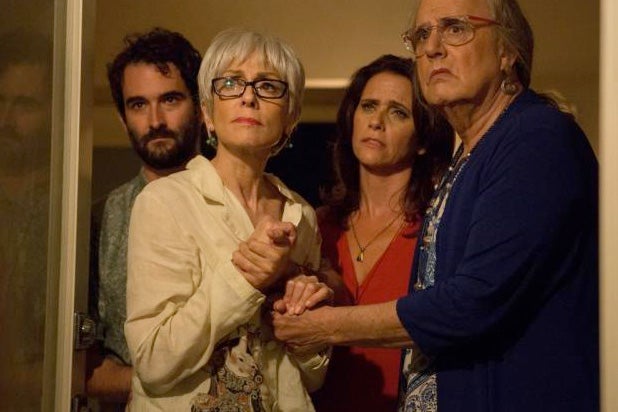 “Hopefully it sets the Pfeffermans up with some sort of beautiful reclaiming,” Soloway told the magazine. “I think we’re going to get there with some time.”

The upcoming fifth season, which has no premiere date yet, will be the first since the show’s star Jeffrey Tambor was fired by the studio in February. Tambor was accused in November of harassing two trans women on the “Transparent” set, including costar Trace Lysette and his personal assistant Van Jones. A third woman unrelated to the production later came forward, makeup artist Tamara Delbridge.

As TheWrap previously reported, Soloway had considered using Tambor in the season in a flashback-only role as his pre-transition character Mort Pfefferman, but that idea was nixed.

The series has garnered critical acclaim since its premiere and helped put Amazon Prime on the map in the original series arena. Tambor took home a pair of Emmy wins for Best Actor in a Drama in 2015 and 2016.