Although Amazon had another $100 billion quarter, the tech giant reported mixed earnings on Thursday, surpassing Wall Street’s projections on a earnings-per-share basis but narrowly missing on revenue targets.

Amazon reported $113 billion in sales for the quarter ended June 30, which missed Wall Street’s projections of $115.07 billion, while Amazon’s $15.12 earnings per share was more than the $12.22 EPS analysts had projected. The $113 billion was still a 27% improvement from the year-ago quarter and a record for a June quarter.

This was the final quarter under Jeff Bezos, with Andy Jassy taking over on July 5. 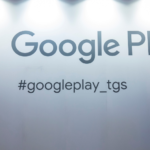 “Over the past 18 months, our consumer business has been called on to deliver an unprecedented number of items, including PPE, food, and other products that helped communities around the world cope with the difficult circumstances of the pandemic. At the same time, AWS has helped so many businesses and governments maintain business continuity, and we’ve seen AWS growth reaccelerate as more companies bring forward plans to transform their businesses and move to the cloud,” said Jassy. “Thank you to all of our passionate, innovative, mission-driven employees around the world for continuing to stay focused on delivering for customers—I am very excited to work with you as we invent and build for the future.”

Amazon’s stock was down more than 5% in after hours trading, shortly after the earnings were released.