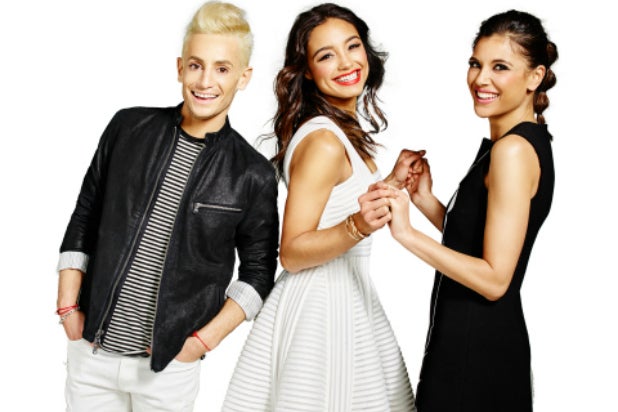 The series will feature “useful tips from style experts and viewers, looks that the audience can easily shop, and an interactive viewing experience that includes live chat,” according to Amazon. The series streams for free weeknights at 9/8c.

New episodes will run Mondays through Thursdays; a best-of-the-week compilation is set for Fridays. Weeknights, the “Style Code Live” team and expert guests will help viewers discover products to achieve the looks they want, Amazon said. They will style and model on-trend looks such as print mixing, debate style do’s-and-don’ts, and share beauty hacks like how to use a bold red lipstick as concealer.

“I’m so thrilled to be a part of ‘Style Code Live.’ Live TV is my greatest passion, and to be able to work on such an original and interactive show really is a dream come true,” Rodrigues said. “Bring on the live premiere!”

“I am absolutely thrilled to be on this new adventure hosting ‘Style Code Live!’ It’s been exciting cultivating the show’s fresh take on programming and the viewing experience,” Smith added. “Anyone who loves fashion and beauty can watch, weigh-in on the conversation, and take away something valuable.”

“I am BEYOND excited about ‘Style Code Live!’ It is a fun, informative, and energetic show where we will be able to interact with our audience in ways never done before,” said Grande, who is Ariana Grande‘s brother. “I am very proud to be a part of it!”

“Our customers love fashion, and have wanted a place to keep up with new trends and get expert tips. We created ‘Style Code Live’ for them, and we are just getting started with this show,” stated Munira Rahemtulla, head of “Style Code Live.” “The team can’t wait for tonight’s premiere.”

Meghan Trainor and Keri Russell will be featured this week. Readers can watch the series here.