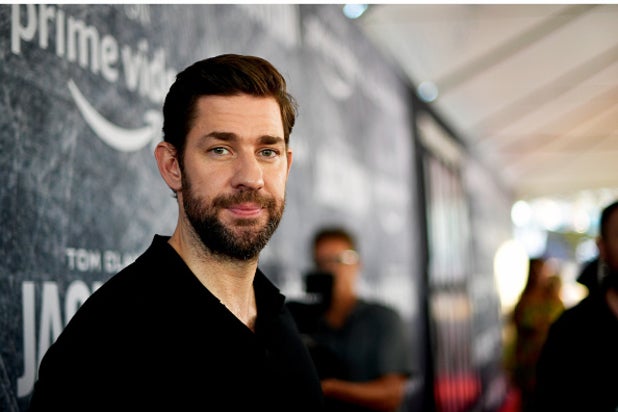 “Tom Clancy’s Jack Ryan,” the Amazon original starring John Krasinski which launched in August, attracted nearly 40 percent of Prime Video users in the first month after its premiere, according to new data from 7Park Data shared exclusively with TheWrap.

According to 7Park, 37 percent of Amazon Video viewers watched the series last month, which is well above the average audience share of 9 percent.

A rep for Amazon Prime did not immediately respond to a request for comment. 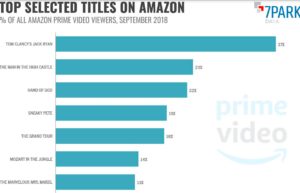 Part of the reason for the high percentage of viewers tuning in to “Jack Ryan” for its first month had to do with the series premiere, which took place August 31. Because it’s common for users to binge-watch a season as soon as its released, most new series experience a spike in viewership within the first week after their premiere.

The same trend can be seen with seasons 1 and 2 of “The Grand Tour” when taking a look at the 7Park graph below.

This is the first time 7Park has tracked Amazon data. While the company has been tracking viewership metrics of both Hulu and Netflix, today it announced the addition of Amazon Prime Video viewership data to its Streaming Intelligence data product.

“We were eager to use comprehensive, actionable viewership information on the three largest SVOD platforms — Hulu, Netflix and Amazon — and for better answers to ‘black box’ questions that can only come from a representative sample of actual viewing subscribers in the U.S. and around the world,” said Donna Murphy, SVP, Discovery Inc.’s Consumer Insights & Culture Lab.

“7Park Data gives us a better understanding of how our content and that of our competitors is performing and empowers us to make more strategic data-driven decisions about the kinds of content we’re producing for viewers and what content consumers are drawn to.”