“Thursday Night Football” is coming to Amazon Prime exclusively a year earlier than planned. This coming season will be the last under the league’s “tri-cast” model, which saw games carried across Fox, NFL Network and Amazon.

Starting with the 2022 season, “TNF” will be exclusive to Amazon (with broadcast TV stations in the participating teams’ home markets airing those games as well). Amazon is paying more than $1 billion for the rights. 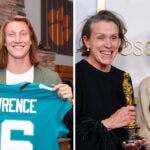 “We look forward to bringing ‘Thursday Night Football’ exclusively to Prime members in 2022, a year earlier than previously announced,” said Marie Donoghue, vice president of Global Sports Video at Amazon. “This expedited deal is an immediate differentiator for us as a service, as it gives Prime members exclusive access to the most popular sport in the United States.”

The move of “Thursday Night Football” to Amazon, which has been the streaming partner for the franchise since 2017, represents the largest move into streaming for any major American sport. Amazon aired its first exclusive game in December and will air one exclusive game this coming season.

Amazon’s “TNF” deal is part of a new wave of NFL TV rights that prioritize streaming, while maintaining a relationship with the linear TV model. “Monday Night Football” and “Sunday Night Football” games will be available on ESPN+ and Peacock, respectively, when the new deals kick in beginning in 2023.

The NFL expanded its regular season in 17 games starting this year. ABC will get two games to itself during that final Saturday.