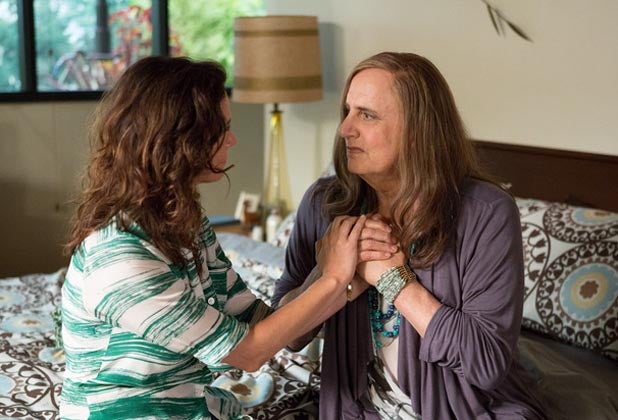 Amazon has renewed original series “Transparent” for a second season.

The dark comedy — created by Jill Soloway (“Six Feet Under”) and starring Jeffrey Tambor (“Arrested Development”), Judith Light (“Dallas”), Gaby Hoffman (“Girls”), Amy Landecker (“Louie”) and Jay Duplass (“Togetherness”) — is currently the top-ranked series on the website’s Prime Instant Video, which has been the case since the show launched just over a week ago. It’s also been the most binge-watched show in Prime Instant Video history.

“Transparent” has been an instant critical hit as well, sitting at 98 percent fresh on Rotten Tomatoes, along with a 91 metascore on Metacritic. Those numbers make the new show ranked in the Top 3 among currently airing TV series, Amazon boasted in a press release.

Also read: Amazon’s Comedy Chief Reveals the One Question That Will End a Pitch Meeting for Him

“Transparent” centers on Maura (Tambor), who has spent her life as Mort — the Pfefferman family patriarch. When she reintroduces herself to her family, the rest of the gang’s secrets are revealed, including those of Maura’s ex-wife Shelly (Light), and their children — Ali (Hoffmann), Josh (Duplass), and the sexually conflicted Sarah (Landecker).

“We are absolutely thrilled that the response to ‘Transparent’ has been so positive,” said Roy Price, vice president of Amazon Studios. “Our goal is to create series that customers love, so it’s great to hear that ‘Transparent’ has not only risen to the No. 1 series on Prime Instant Video, but that it’s deemed ‘binge worthy’ as well. Given all this great feedback, it only makes sense to bring the Pfeffermans back next year in Season 2.”

Season 1 of the half-hour novelistic series had 10 episodes. Amazon Studios launched in 2010.