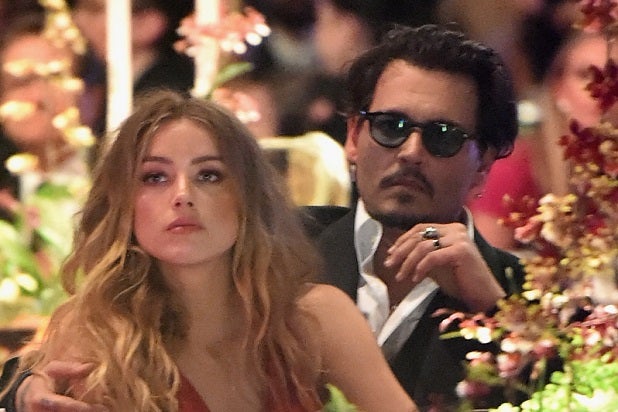 The friend of Amber Heard who called 911 during an alleged May 21 domestic violence incident involving Johnny Depp and Heard says she made the call because the actress had been unwilling to alert authorities during previous instances of abuse.

In a column posted on Refinery 29, artist iO Tillett Wright wrote, “I called 911 because she never would. Because every time it happened, her first thought was about protecting him. Because every time it happened, the sweet, loving man we all cared for so much would come back with apologies, profuse, swearing up and down that he understood how bad what he had done was, and swearing never to do it again.”

Wright went on to detail previous alleged abuse, in particular a December incident in which Heard “described an all-out assault and she woke up with her pillow covered in blood. I know this because I went to their house. I saw the pillow with my own eyes. I saw the busted lip and the clumps of hair on the floor. I got the phone call immediately after it happened, her screaming and crying, a stoic woman reduced to sobs.”

Wright, who is mentioned in a declaration filed by Heard when she sought a restraining order against Depp that was granted on May 27, added that Heard was determined to protect Depp, despite the alleged abuse.

“I witnessed firsthand the absolutely baffling mental pretzel that an abused person puts themselves into, trying to balance the desire to protect their aggressor, with the knowledge that their swollen face is unacceptable,” Wright wrote.”I listened as she cycled through things she could’ve possibly done to provoke him, or how she could’ve made him upset enough to do this.”

Heard filed for divorce from Depp after just over a year of marriage on May 23, two days after the alleged May 21 incident. Days later, she sought the restraining order.

In her declaration, Heard claimed that Depp had been abusive throughout their relationship, and that on May 21, he arrived at their home “inebriated and high,” becoming “extremely angry.” Heard went on to claim that Depp struck her with his cell phone in her cheek and eye.