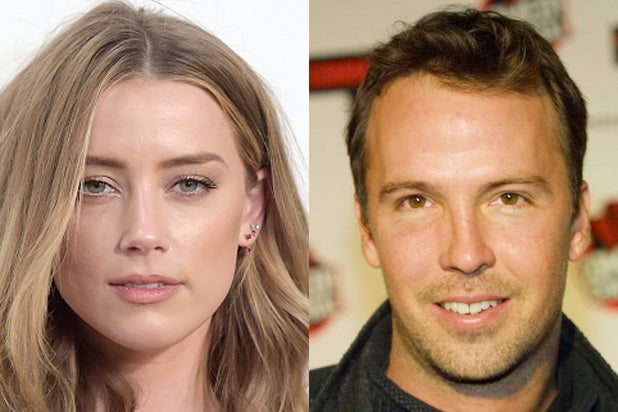 Amber Heard has filed a lawsuit against Doug Stanhope over a guest column that the comic published on TheWrap on May 29, in which Stanhope said that Heard was blackmailing her estranged husband Johnny Depp.

The suit, alleging defamation, intentional infliction of emotional distress and interference with business relationships, was filed Friday in an Arizona state court.

Heard filed for divorce from Depp, to whom she had been married for 15 months, on May 23, citing “irreconcilable differences.”

On May 27, she was granted a restraining order against Depp, whom she alleged had been physically abusive toward her.

Stanhope’s May 29 column followed. The comic, a longtime friend of Depp’s, disputed Heard’s allegations and claimed that Heard had threatened “to lie about [Depp] publicly in any and every possible duplicitous way if he didn’t agree to her terms. Blackmail is what I would imagine other people might put it, including the manner in which he is now being vilified.”

Heard’s lawsuit against Stanhope says, “The allegations about Heard in the article are completely false and defamatory, and have caused and will continue to cause her tremendous harm. Defendants engaged in this scheme to try to divert public attention away from the true facts regarding Depp which caused their marriage to fail, namely, that Depp repeatedly abused Heard throughout their marriage, at times to the point of her fearing for her life.”