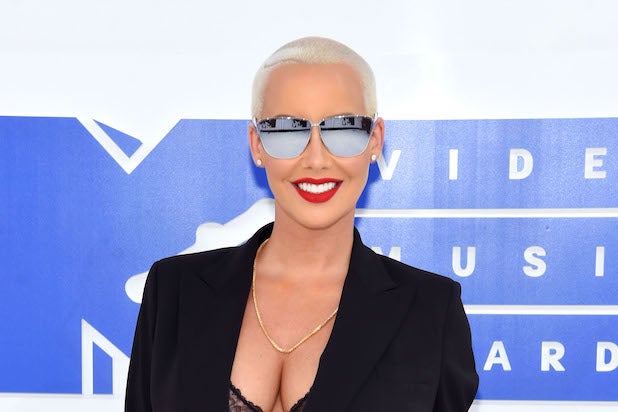 Amber Rose might want to save up some crumpled singles, because she’s being sued for claiming that she bought a strip club, and the lawsuit is asking for a bundle.

The model is being sued by SKWS Enterprises, which claims that it’s the sole owner of Ace of Diamonds, no matter what Rose claims.

The suit, filed Friday in Los Angeles Superior Court, says that it’s owned and operated Ace of Diamonds since January 2015, and while Rose has hosted events at the club and promoted her appearances there on social media, she has “”never had any other role whatsoever with AOD, such as being an owner, partner, manager, operator, etc.”

Despite that, the suit says, Rose told the audience at the All Def Movie Awards on Wednesday, “Do you all know Ace of Diamonds? Well, I bought it.”

Since the “false and slanderous” comments SKWS says, it has suffered a number of damages. Employees, entertainers and promoters have bolted from the club, according to the suit, and  the company has suffered “severe reputational damages and damages to its goodwill” due to numerous media reports that Rose bought Ace of Diamonds

TheWrap has reached out to Rose’s spokesperson for comment.

Alleging slander, false light and trade libel, the suit is seeking damages “believed to be in excess of $1 million.”