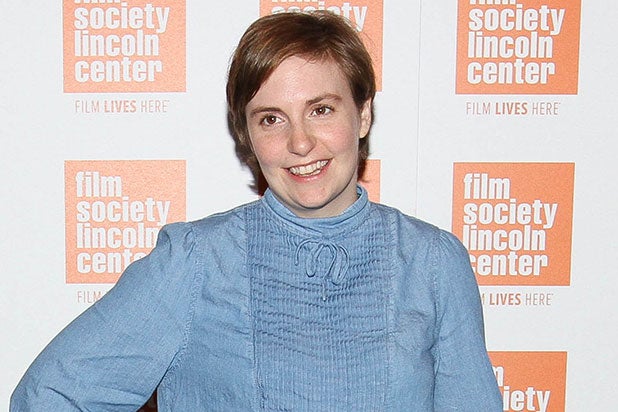 The “Girls” star just chimed in on the “Casino” actor’s war of words with Amber Tamblyn. Retweeting TheWrap‘s recent post on the spat, Dunham posted this:

Fuck this dude. I'd lay under a train for the brave queen that is @ambertamblyn (but I would not lay under James Woods) https://t.co/YIddHIJgsn

Tamblyn appreciated that sentiment via a RT (one that actually does equal endorsement) of her own. Woods was probably less amused.

This whole thing started with — guess what? — another retweet. That one was by Woods, and it centered on some disgust yet another Twitter user felt from the plot of Armie Hammer’s “Call Me By Your Name,” which features a 17-year-old boy having an affair with his father’s 24-year-old male friend.

“As they quietly chip away the last barriers of decency #NAMBLA,” Woods added a comment on top of the RT’d criticism.

Point, Armie. The “Man From U.N.C.L.E.” alum was referring to Woods’ reported relationship with Kristen Bauguess, who was actually 20 at the time they began dating in 2013. Woods was 66 though.

That’s when Tamblyn jumped in, posting this under Hammer’s initial counterpoint:

James Woods tried to pick me and my friend up at a restaurant once. He wanted to take us to Vegas. "I'm 16" I said. "Even better" he said.

Woods later called Tamblyn’s story “a lie.” And that pretty much brings you up to speed on this spat.