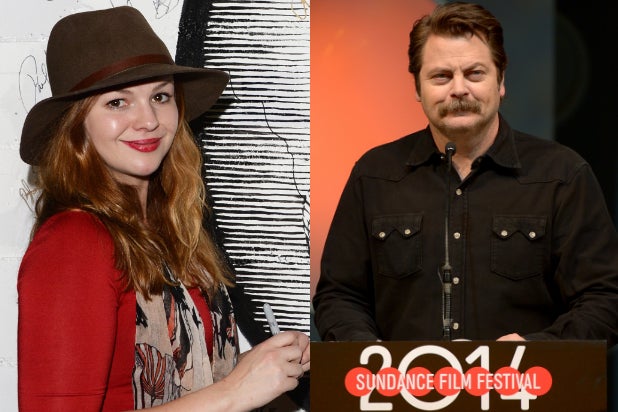 The Writers Guild of America, West has added several names to the list of presenters at Saturday’s Los Angeles awards ceremony, including Amber Tamblyn and Nick Offerman.

Tamblyn, who currently stars on CBS’ “Two and a Half Men,” joins Offerman, whose NBC show “Parks and Recreation” is in contention for a WGA Award for Best Comedy Series.

The Writers Guild Awards will be presented Saturday, Feb. 1 at simultaneous ceremonies in New York and Los Angeles. Comedian Brad Garrett will emcee the West Coast ceremony and Colin Quinn will do the honors on the East Coast.