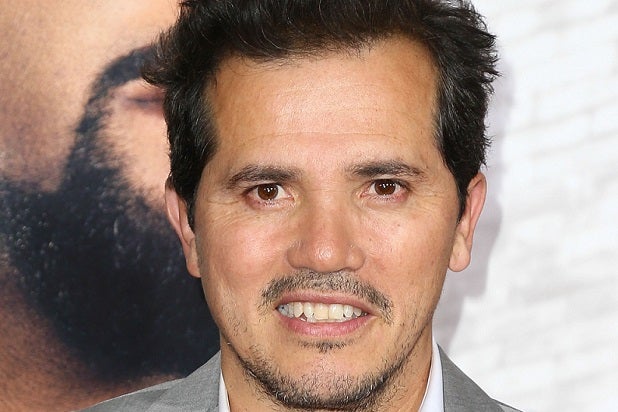 AMC announced a slew of development projects on Tuesday, including the network’s first scripted comedy and a late-night talk show for director Kevin Smith.

The network’s first scripted comedy project, “We Hate Paul Revere,” is written, executive produced and stars “My Boys” duo Ethan Sandler and Adrian Wenner. The pilot centers on brothers Hugh and Ebenezer Moody and their struggle to find their place and the recognition they believe they deserve as they live in the shadow of history in Colonial Boston. The pilot will film in late 2014 for consideration the following year.

AMC is also developing an untitled comedy starring John Leguizamo (pictured) that will draw inspiration from Leguizamo’s real life. The show is set to follow a group of men in Queens, the Bronx and upper Manhattan who wrestle with careers, relationships, family, ambition and getting older.

The comedy “No Money Down,” from “The Daily Show” vet Wyatt Cenac, about a guy who bottoms out and begins working at an Austin car dealership with a variety of personalities, is also under development, as is “Sober Buddies,” which counts “This Is the End” team Seth Rogen, Evan Goldberg and James Weaver as executive producers. The latter project centers on Jonesy, a likable, washed-up pro surfer-turned-sober coach who works to help Jason, the privileged, ne’er-do-well son of a wealthy industrialist.

In addition to renewing the Kevin Smith reality show “Comic Book Men” for another season, AMC is developing the late-night project “Hollywood Babble-On,” which will star Smith and his podcast co-host Ralph Garman. AMC also has a docuseries that would feature “Comic Book Men” regular Robert Bruce, with Bruce and his fellow experts scouring the country in search of real estate sales, auction houses and flea markets on a quest to find rare items that will feed the needs of his demanding clients and add to Bruce’s own colossal collection.

On the scripted drama side, AMC is developing numerous projects, including “Area 51” (working title), from “The X-Files” creator Chris Carter, who’s writing and executive producing. The project, which Gale Anne Hurd (“The Walking Dead”) is also executive producing, is a contemporary conspiracy thriller revealing the true story behind the infamous Area 51, America’s most mysterious military installation.

Another drama project under development, “Police State,” is billed as a dark comedic tale about Ollie, a big-box store security guard, who is secretly recruited by an NSA-like organization.

Starting as an observer, a person who can see everything by manipulating our electronic devices, Ollie will rise to power in hopes of changing the system but will ultimately compromise his intentions. Michael Tolkin (“The Player”) is writing and executive producing.

Calling the new crop of projects “the most robust, diverse development slate in our network’s history,” AMC president Charlie Collier added, “Unwavering is our commitment to the eclectic, quality dramatic series that have come to define our brand and to the unconventional unscripted worlds we love to explore.”

Collier continued: “And today we also happily dive head-first into our first-ever scripted comedy pilot … It is a personal point of pride for all of us to be working with a roster of such creative, talented and successful professionals, many of whom are entrusting us with personal passion projects. We appreciate their confidence and look forward to working collaboratively to bring their visions to fruition.”