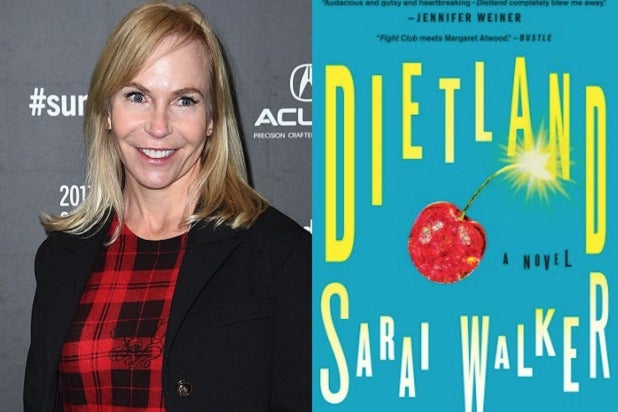 AMC has tackled advertising, and now it’ll take on the beauty industry.

The network announced at the Television Critics Association (TCA) press tour on Saturday that it has greenlit a new series from “UnReal” co-creator Marti Noxon based on the Sarai Walker novel “Dietland.”

The 10-episode season will premiere in 2018. Noxon announced at TCA that over half the scripts have been written for Season 1 and that it’s set to begin production in New York in September.

Noxon previously worked with AMC on the Emmy award-winning hit “Mad Men” as a consulting producer. She will serve as “Dietland” showrunner, as well as a writer and executive producer. She also stated that she’ll be directing the first couple episodes.

Her other credits include co-creating the Lifetime series “UnReal,” serving as an executive producer on “Code Black” and as a producer on “Buffy the Vampire Slayer” and “Angel.”

“Day in and day out, we work to refine our search for unique voices and never-before-seen worlds. It is in that context that we proudly bring Marti Noxon back to AMC for the first time since her work on ‘Mad Men,’ now as the executive producer, writer and showrunner of ‘Dietland,'” Charlie Collier, president of AMC, SundanceTV and AMC Studios said in a statement.

The series, based on Walker’s debut 2015 novel, explores the beauty industry’s obsession with weight loss. It follows an overweight ghostwriter for an advice column at a teen magazine that gets caught up in a dangerous plot and is torn between two feminist cults. One is using guerrilla tactics to take down the beauty industry and another is killing men who mistreat women.

Also Read: How AMC's Charlie Collier Got a 'Breaking Bad' Meth Lab in the Smithsonian (Video)

In a 2015 interview, Walker called “Dietland” the “female version” of “Fight Club.”

“It’s savage,” Noxon said at TCA. “It feels like it’s for all the people who feel like ‘enough. Enough racism, enough sexism, enough beauty-ism and looks-ism.”

“Not only did AMC want it, but they’ve been incredible partners,” she added.

“This series, populated by unforgettable characters and unique storytelling approaches, will focus a wickedly entertaining lens on issues as diverse and divisive as dieting, dating, beauty and the many societal expectations that continue to dominate our culture and consciousness. We are so proud to be working with Marti, her team and Skydance on this topical, funny, relevant and poignant story,” Collier continued.

AMC announced in October that it had landed the adaptation and was putting it through its “script-to-series” development program in lieu of a traditional pilot process. Instead of commissioning one episode to start, a writers’ room explores a series before the network greenlights it.