AMC Networks has presented about 200 employees with a voluntary buyout option, TheWrap has confirmed.

The company expects about a 10-20 percent acceptance rate from staff members with 10 or more years experience, per a spokesperson, though it could obviously be much higher. The roughly 200 employees approached represents about six percent of total staff.

The cost-cutting move comes as AMC stock has steadily been sliding since early December. Shares are down about 32 percent from that month’s first week to-date. 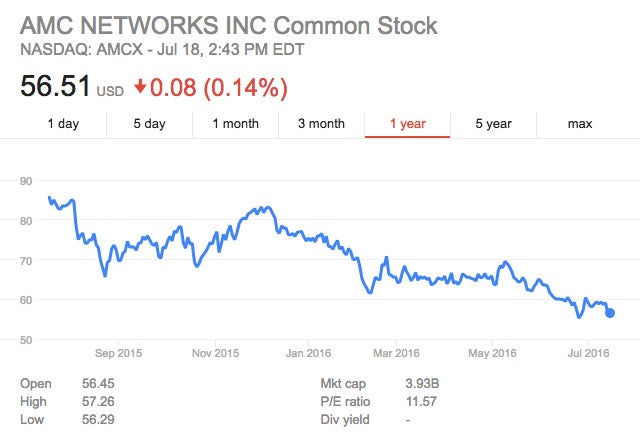 Deadline first reported the news of the buyouts.