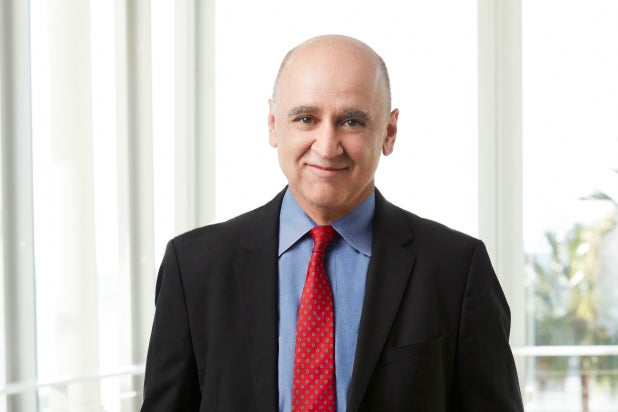 Here are the appointments and personnel bios, straight from AMC’s announcement:

Ben Davis, who had most recently been senior vice president of programming for AMC and SundanceTV, is being elevated to a new role as executive vice president of programming for AMC Studios. He will be the programming leader at the studio, continuing to develop content for AMC and SundanceTV and also for networks and platforms beyond the company. Davis joined AMC in 2005 and has steadily risen through its programming group as a result of his work with creators on a broad array of shows that continue to define the network, including “The Walking Dead,” “Fear the Walking Dead,” “The Terror,” “Preacher,” “Better Call Saul,” “Halt and Catch Fire” and the upcoming series ‘NOS4A2.”

Also Read: AMC Renews 'The Terror' Anthology Series for Season 2, Which Is Set in an Internment Camp

Susie Fitzgerald has extended her agreement with the company as its executive vice president of programming for AMC and SundanceTV, and remains the senior executive focused on finding and developing compelling series content for these networks. She joined AMC in 2009 and has overseen the network’s early iconic drama series and a new generation of shows including “The Walking Dead” and “Fear the Walking Dead,” “Better Call Saul,” “Preacher,” “Into the Badlands,” “Dietland” and the forthcoming “Lodge 49.”

Kristin Jones, most recently senior vice president of international programming for AMC and SundanceTV, is being promoted to executive vice president of international programming for AMC and SundanceTV. She will continue to find and develop international co-productions for the networks and is also adding new AMC Studios responsibilities to her portfolio, through which she will find and develop content domestically for the studio. The international group, under Kristin’s direction, will also be developing projects for AMC Networks and third parties through AMC Studios. Jones joined the company in 2014 and has been responsible for finding and developing notable international co-productions including “The Night Manager,” “McMafia,” “Humans” and the forthcoming “The Little Drummer Girl” for AMC and “Liar” and “The Split” for SundanceTV.

“Before I worked here, I admired this foursome from afar — and they’re even better up close,” Madden said on Thursday. “What this announcement signifies is their melding together into an exceptional senior leadership team, one that has already helped establish AMC as one of the strongest brands in television. They have found, developed, and nurtured the shows that define our network and entertain and captivate millions of viewers. In these new and elevated roles, this impressive quartet will drive our continued success across AMC, SundanceTV, and a growing AMC Studios business. I am looking forward to all that we will accomplish together.”