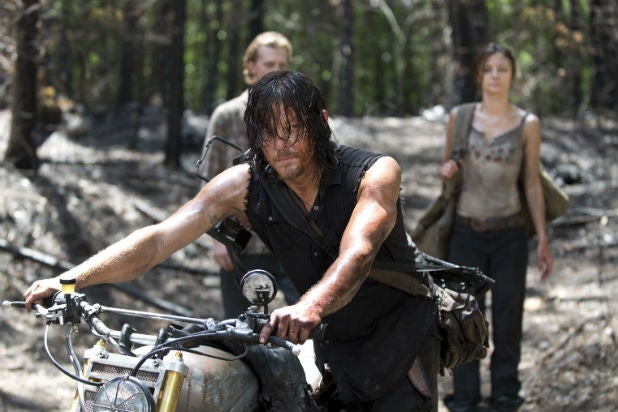 Pluto TV has signed a deal with AMC Networks that’ll bring dozens of classic “Walking Dead” episodes to the free streaming service, as well as four new channels dedicated to other AMC content, the two companies shared on Thursday.

The first five seasons of the “The Walking Dead” will hit Pluto TV, along with the first three seasons of “Fear the Walking Dead,” as part of the deal. Other popular shows from IFC, including “Comedy Bang! Bang!” and “Documentary Now!” will also hit the service. Terms of the agreement were not disclosed.

Pluto TV will debut the following four channels on May 1:

– All Reality WE TV: as its name suggests, this channel will feature a number of reality series, including “My Fair Wedding,” “Mary Mary,” and “Kendra on Top.” Shows like “Bridezillas” will hit the channel at a later date

– Stories by AMC: the Pluto TV channel featuring the first five seasons of “The Walking Dead”; other shows include “Into the Badlands” and “Halt and Catch Fire”

– Slightly Off by IFC: the comedy-focused channel that’ll include the aforementioned IFC series, along with “Portlandia,” “Brockmire” and “Sherman’s Showcase.” More shows will be added in the months ahead

Pluto TV, which now has more than 250 channels on its platform,  was bought last year by Viacom for $340 million. The Los Angeles-based company had more than 22 million monthly viewers by the end of 2019.