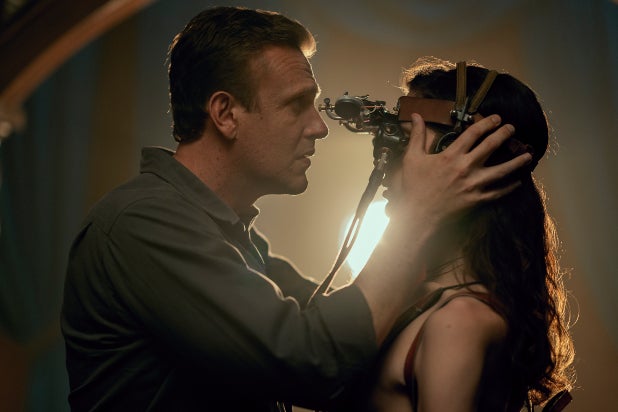 AMC’s upcoming anthology drama from Jason Segel will get a two-night premiere in March.

The drama, which stars Segel and Sally Field, will premiere on Sunday, March 1 at 10 p.m., following a new episode of “The Walking Dead” and then air its next episode on March 2 at the same time, which will air after “Better Call Saul.”

Here’s AMC’s description for the anthology: The ten-hour series is centered around four ordinary people who feel there’s something missing in their lives, but they can’t quite put their finger on what it is. This diverse foursome is brought together by chance – or perhaps it’s by design – when they stumble onto a puzzle hiding just behind the veil of everyday life. As they begin to accept the mysterious “Dispatches from Elsewhere” challenges, they come to find that the mystery winds deeper than they imagined, and their eyes are opened to a world of possibility and magic.

Last week, AMC dropped the first teaser for the show. The sneak peek features stars Segel, Field, Richard E. Grant, André Benjamin and Eve Lindley as they are recruited as “secret agents” in what is either a game, a government operation or something much, much stranger.

The series is executive produced by Segel, Scott Rudin, Mark Friedman, Garrett Basch, Eli Bush, Jeff Freilich and Alethea Jones. Friedman serves as showrunner on the anthology, which is an AMC Studios production.