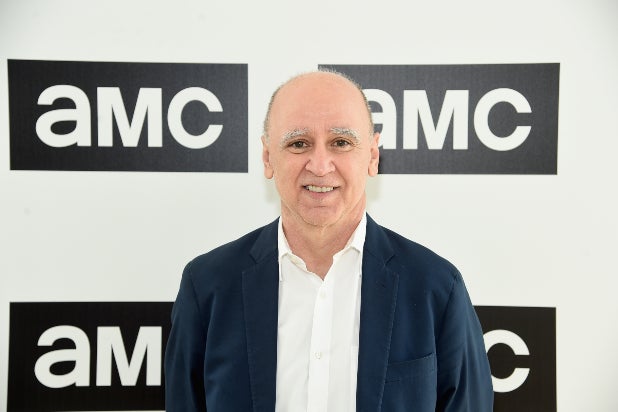 The company will search for a new programming president, but with the Studio now centralized under Barnett, a programming head for AMC Studios will no longer be needed. The Entertainment Networks Group encompasses the company’s four scripted networks, AMC, BBC America, SundanceTV and IFC and AMC Premiere, an ad-free streaming version of AMC.

“I’m ready to move on and focus on new opportunities in the rapidly expanding content space, leaving the current programming and studio operations in good hands and positioned well for the future,” Madden said.

AMC Studios exclusively produces programs for AMC Networks and the realignment is designed to closer align the company’s network and studio operations. Madden joined AMC from Fox in 2017 as president of programming for AMC, SundanceTV and AMC Studios, before getting promoted to his current past last year, along with Sarah Barnett, following Charlie Collier’s departure to run Fox Entertainment.

“We are already seeing the benefits of our entertainment networks working more closely together – the next logical strategic step is to integrate AMC Studios into this same group, so that the people making our celebrated series are more closely coordinated with the marketing, scheduling and publicity teams who connect our shows to passionate fans,” Barnett said. “We believe this new structure best positions our nimble organization for success in an increasingly competitive environment. I thank David for being a wonderful and consummate executive and for the creative leadership he brought to the team. He is enormously respected and admired both by his colleagues across the company and the talented people who make our shows. He will be missed.”