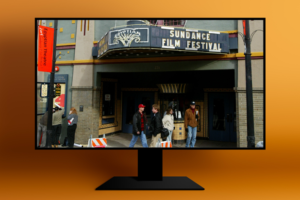 The backing of the popular Wall Street Bets Reddit forum, coupled with a $917 million lifeline, has sent AMC’s stock price from $3 to $20 in days

In a matter of days, AMC Theatres has moved from its death bed to a penthouse suite, as the nation’s largest cinema chain continued its recent Wall Street surge on Wednesday, with its stock price skyrocketing 301%. Industry experts say there’s little reason for AMC executives to be concerned about the sustainability of the sudden spike.

What’s behind the monumental move? AMC now finds itself at the center of a trading “revolution,” according to Gerber Kawasaki financial advisor Brett Sifling, thanks to Reddit users on the popular Wall Street Bets forum throwing their collective support behind the theater chain.

Wall Street Bets has been targeting big-name companies that have fallen on hard times and are heavily shorted by hedge funds. (GameStop, which has seen its stock price run from $20 to $320 in a matter of weeks behind strong Wall Street Bets support, has been the movement’s poster child. Elon Musk sending a supportive tweet about WSB on Tuesday didn’t hurt GameStop’s momentum, either.) And AMC, which has been decimated by the coronavirus pandemic, certainly fits the mold.

Up until a few days ago, AMC was facing imminent demise, with the company warning it was close to running out of cash. But after announcing on Monday it had raised $917 million to avoid bankruptcy, AMC’s fortunes have dramatically changed. Now, WSB-inspired investors are piling into the company, buying up shares and call options, which has pushed AMC from $3 per share last Friday to $19.90 per share at the end of Wednesday.

This goes beyond simply buying AMC based on its financial performance. Many Wall Street Bets investors see this as a battle between the big guys — the hedge funds shorting companies like AMC and GameStop — and the little guys trying to make a buck.

“It’s definitely a David vs. Goliath type of thing,” Sifling said. “It’s really a push-back on the establishment.”

By buying up a heavily shorted company like AMC, WSB investors are looking to force a short squeeze. If you’re not familiar, let’s take a step back: When an investor holds a short position against a company, they’re betting on it performing poorly, and its stock price going down. So they borrow shares to sell, then look to buy the company back at a lower price and profit off the gap between prices. But when a company like AMC’s stock runs higher, a short squeeze can kick into gear, where investors and funds who are shorting the company still have to buy back shares, just at a higher price.

The goal for many WSB investors is two-fold: make money, as well as screw over the hedge funds betting against AMC. If this sounds like Robin Hood, that’s because it kind of is — taking from the rich with the goal of redistributing to the poor. Individual retail investors may not have the financial might to fight billion-dollar hedge funds on their own, but collectively, behind countless rallying cries for AMC to “moon,” or continue shooting higher, on Wall Street Bets, they’re able to band together and move the market.

And for AMC, there’s little downside to becoming a popular meme stock, according to analysts and professional traders.

“It’s not bad for AMC the company in any way,” Michael Queller, a professional trader from South Florida, told TheWrap. “It has potential, with the inflated share price, that this could actually help them [AMC] get more favorable financing deals.”

One potential scenario could be AMC offering more shares at, say, $8 per share. Compared to where it’s trading on Wednesday afternoon, that’s a discount, but compared to where AMC was even a week ago, it’s a healthy premium. AMC, if it wanted, could offer more shares and bring in more money to keep the business afloat while it waits for new releases to arrive. The bet would be that investors are still willing, even after AMC’s recent run, to gobble up shares at that price.

“They definitely aren’t in dire need [following the recent $917 million infusion], but given the way their company is right now, with very few people going to the theater and bringing in very little revenue, I think it’s safe to say their business model, as of today, is unprofitable and losing money on a daily basis,” Queller said. “So if they have an opportunity to raise more capital, it’s probably a wise thing to do. It wouldn’t surprise me if they’re looking into it.”

Sifling agreed the stock spike was “great” for AMC from a business standpoint and offered the company more flexibility. AMC, if it wanted, could raise money at its new $6.75 billion valuation and reinvest in its sales department to make sure it’s ready for when Hollywood has more movies ready for the big screen, he said.

Instead, the only cause for concern is for retail investors who are piling into companies like AMC, Sifling said, without much thought. Some investors are engaged in “extremely dangerous speculation,” he said, that could lead to them buying AMC at $20 and selling it at $10 a week later. That’s a possibility for any investment, though — even those that have been sprinkled with Wall Street Bets pixie dust.