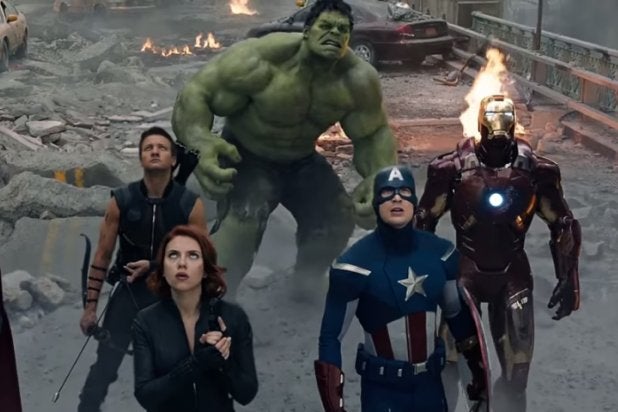 Are you devoted enough to watching “Avengers: Endgame” that you’re willing to sacrifice two-and-a-half days of your life hyping up for it?

AMC is hosting yet another Marvel movie marathon leading up to “Endgame,” a 22-film marathon saga that covers every MCU dating back to 2008’s “Iron Man” and concludes with “Endgame.” And just … why? Does anyone honestly need this?

Those who do brave the experience will get special marathon collectibles, content, concession offers and will get to see “Avengers: Endgame” at 5 p.m. local time on April 26, one hour earlier than regular public show times.

AMC previously hosted a similar marathon ahead of “Avengers: Infinity War,” but this latest marathon will put that one to shame, as with the addition of “Ant-Man and the Wasp” and “Captain Marvel,” the new marathon will now last for 59 hours and seven minutes.

The Marvel marathon begins on April 23, though good luck getting tickets, because in the rush to buy “Avengers: Endgame” tickets this morning, AMC’s ticketing site crashed.

“It looks like we’ve gotten Thanos’ snap,” AMC Guest Services said in a tweet. “We’re working on getting things back up and running.”

Buy your tickets for the marathon via AMC’s website here. Sleeping bags, survival kits and diapers are sold separately.