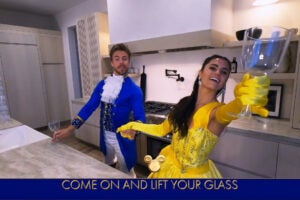 AMC vs Universal: Will Cooler Heads Prevail or Is This the Beginning of the End? | Podcast

Did AMC overreact to Universal’s decision to put ”Trolls World Tour“ on VOD?

AMC Theatres threw down the gauntlet this week in their battle with Universal Pictures over its decision to skip a theatrical release for “Trolls World Tour” — but did AMC go too far?

On this week’s episode of “TheWrap-Up” podcast, hosts Sharon Waxman and Daniel Goldblatt were joined by TheWrap’s Jeremy Fuster and Thom Geier to discuss the brewing war between Universal and AMC … and whether or not this relationship can (or should) be salvaged.

“I would say they only overreacted if this blacklist is still going on whenever movie theaters actually re-open,” Fuster said. “I think it’s a threat of mutually-assured destruction because AMC needs as many films as possible whenever theaters re-open to encourage people to come back into theaters. And for Universal, while the films they are going to be putting out in Q3, should theaters re-open, are smaller horror films like ‘Candyman,’ next year they have big films like ‘Fast and Furious 9’ and ‘Minions’ that are huge, $100 million+ budget films that need the theatrical model to be profitable.”

You can watch the video above and listen to the full podcast in the embed below.