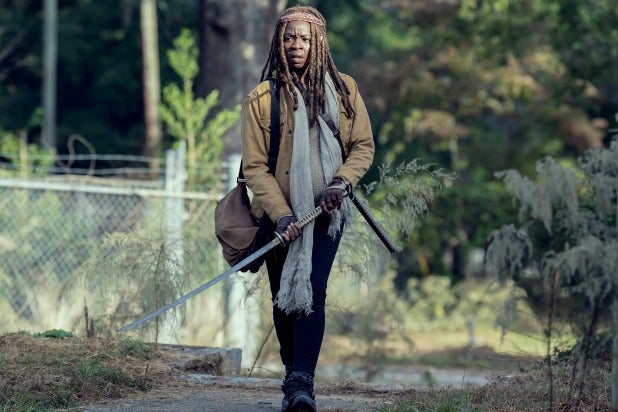 AMC Networks became the latest entertainment company to come out against Georgia’s new abortion law, saying it will “reevaluate” its activity in the state, where it films its zombie hit series “The Walking Dead.”

“If this highly restrictive legislation goes into effect, we will reevaluate our activity in Georgia,” the company said in a statement. “Similar bills – some even more restrictive – have passed in multiple states and have been challenged. This is likely to be a long and complicated fight and we are watching it all very closely.”

AMC is currently in production on the tenth season of “Walking Dead” in the Atlanta area; IFC’s “Brockmire” also films in the state.

On Thursday, WarnerMedia said it will “reconsider” filming in the state if the new law holds up. NBCUniversal said that that the law in Georgia — and any other “heartbeat bills” — will “strongly impact” its decision-making process on where they choose to film.

Walt Disney Company CEO Bob Iger said in an interview with Reuters on Wednesday that the company would find it “very difficult” to keep its productions in the state. Earlier this week, Netflix chief content officer Ted Sarandos said the company — which also has significant investment in Georgia — would work with those groups bringing legal challenges to the law and would “rethink” filming in the state should the law take effect.

Several prominent producers have said they would boycott filming in Georgia in response to the law, while others have pledged to donate their earnings to groups fighting the action.